Šafárikovo Square will be changed into city meadow

The popular square in downtown Bratislava will be turned into a park, including a terrace offering a view of the Danube river, a pavilion for cultural events, an open area for walking dogs and a playground. 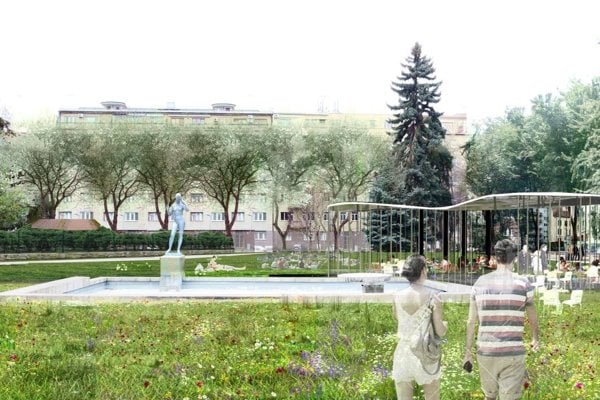 The Bratislava borough of Old Town will revitalise the park in Šafárikovo Square for €300,000, to be finished by the spring 2018, the Sme daily wrote on March 21. The park –currently with a small playground, lawn and trees, will be extended towards the next park, with the Kačacia Fontána fountain. Thus, the area which is currently a taxi rank will be made into a lawn.

“It will not be a classical park, but rather a meadowy combination of flowers and grass,” author of the project, Hans-Michael Földeak of the Földeak & Bennaceur Conseil Conception company told Sme. He added that the final impression will be of a wild meadow with higher growth, as it will be mowed only twice a year. There will also be islands of grass that will be lower in growth, he summed up. 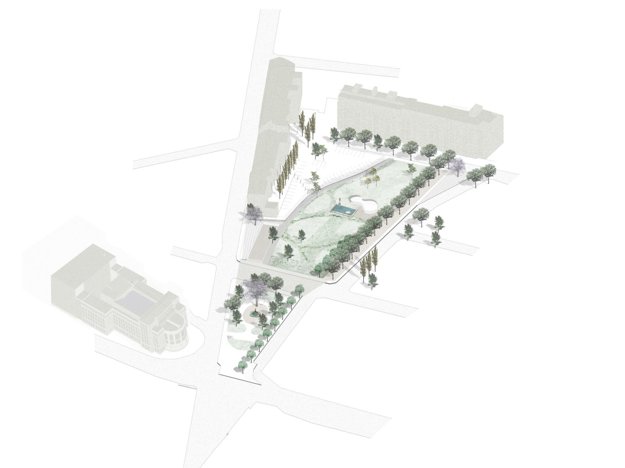 While currently, the ratio of concrete and greenery is almost fifty-fifty, it is planned that greenery will form 80 percent of the park space.

In April, the first plantings will start, and even before that, the concrete will be demolished.

The future park is to have almost 3,000 square metres and include items like a pavilion for events and a terrace overlooking the Danube. Apart from the more famous Kačacia fountain, the Marína fountain will also be preserved. New paths, a children's playground, a fenced run for dogs and toilets will be added.

The project is also appreciated by main city architect, Ingrid Konrad, who is of the opinion that it will improve this area, cool the whole surroundings, better catch the rainwater and expand the green spaces in Bratislava’s centre.

The new park should not be closed at night, nor should there be street cameras. People who want to take rest there could be disturbed by the surveillance, Števčík argues.

The reconstruction should not considerably limit the traffic there, nor the number of parking lots. Only the parking space on the corner of Alžbetínska and Gajova will be changed.

Old Town mayor Radoslav Števčík would like to make Bezručova and Klemensova streets one-way, thus creating more parking places. He notes that the centre is not calibrated for too much parking, and some streets are not prepared for the onslaught of cars. The reconstruction will not limit tram or car traffic, he promised. 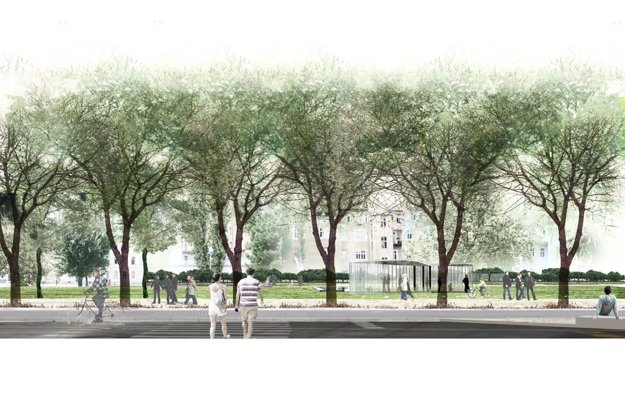 While the architects who are to complete the reconstruction are known – French company Földeak & Bennaceur Conseil Conception won the tender – the builder to implement its project has not been decided yet. Of the total sum of the project - €300,000 – the borough will pay €200,000 and the rest will be paid by the investor.

The park, now called Landerer’s – between the streets of Dobrovičova, Alžbetínska and Gajova – was named after a historical personality, a local typographer who owned a former portion of this square, Landerer’s Palace. It was re-purposed for barracks and demolished during an air raid by allied forces on the Apollo refinery during World War II, in 1944.

The area was first meant to be turned into an underground parking lot, but after protests, artists put up re-cycled ship containers here. Števčík claims they did not fulfil the necessary conditions and were made to leave the area, according to Sme. 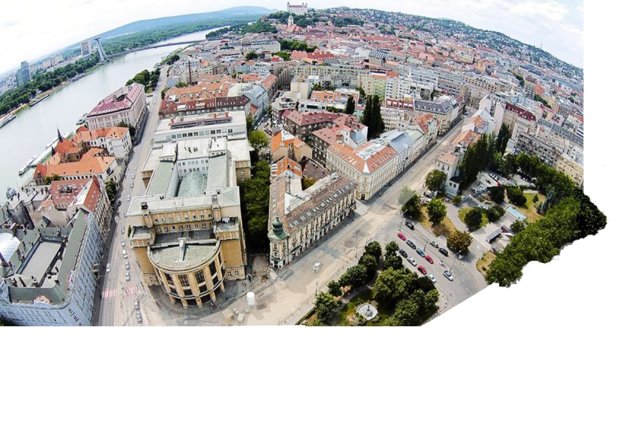