Acclaimed author and screenwriter of the recently adapted novel A Monster Calls arrives in Bratislava to introduce his book More than this. 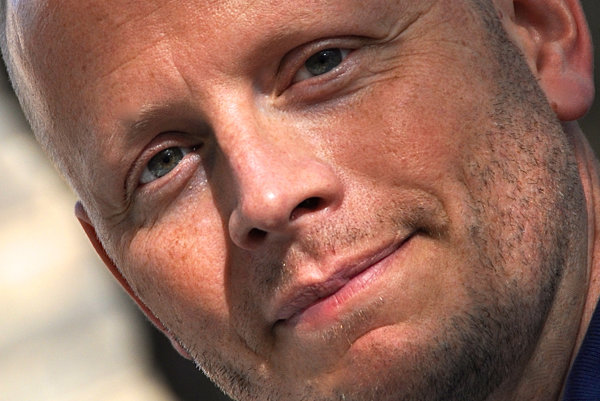 "Here is the boy, drowning,” is how acclaimed author of the 'Chaos Walking' trilogy and 'A Monster Calls', Patrick Ness, starts his book, 'More than this'. It is about a teenager, Seth, who after dying in the cold sea wakes up in something that he calls his personal hell. Now Slovak readers can find out how the story continues as the Slovak version, under the title 'Niečo viac', went on sale on March 22. Moreover, they can meet the author in person at the Martinus bookshop on Obchodná Street on March 30, at 18:00.

'More than This' is the third book by Ness that the Slovak publishing house Slovart has published in Slovak following 'A Monster Calls' and 'The Rest of Us Just Live Here'.

The novel 'More than this' breaks borders between genres and opens the young adult literature to all age categories but it is also a challenging and philosophical book.

While not revealing the exact plot, Tony Bradman in his review published in The Guardian in 2013 describes precisely what a character Seth is and indicates what the book is about.

“Seth is a terrific exemplar of the eternal teenage desire for there to be, in the words of the novel’s title, “more than this” – more than a world in which prejudice and hypocrisy dictate how people should or shouldn’t live their lives,” wrote Bradman.

Patrick Ness, 45, is a British-American author and screenwriter. He was born in the United States and moved to London. He is best known for his books for young adults, including the 'Chaos Walking' trilogy and 'A Monster Calls'. For the latter he wrote the screenplay for its 2016 film adaptation. Ness won the annual Carnegie Medal from the British librarians both in 2011 and in 2012, for 'Monsters of Men' and 'A Monster Calls'. This award recognises the best new book for children or young adults published in the UK.