She pointed to unlawful conduct of police officers and lack of wheelchair access at several facilities. 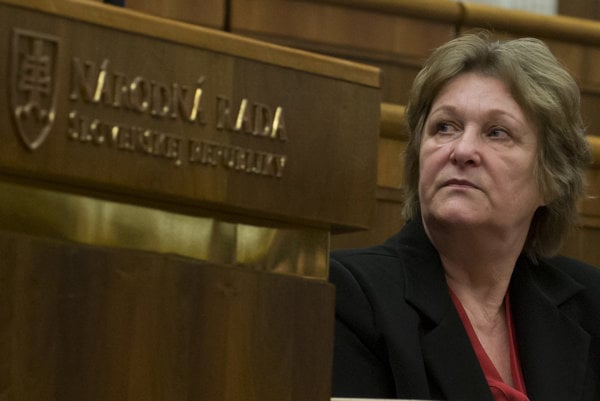 It was supported by 78 of 129 MPs present, the SITA newswire reported.

Dubovcová spoke in her report about the unlawful conduct of police officers. She supports the establishment of an independent body that would be charged to investigate police practices that the Interior Ministry’s inspectorate currently examines.

The police inspectorate is not independent, she insists.

The problem is also that parliament has failed to take note of her previous extraordinary report on grave violations of basic rights by wilful police actions, Dubovcová added.

The public defender of rights could not have sent a clearer message that there is something wrong in the police,” the ombudswoman said, as quoted by SITA.

She considers the approach of the government, which closes its eyes to serious problems, to be obsolete. In democratic states it is common that if the public defender of rights reveals state violations of fundamental human rights, it tries to correct them, as reported by the TASR newswire.

“And not to sweep them under the carpet,” the ombudswoman said, as quoted by TASR. 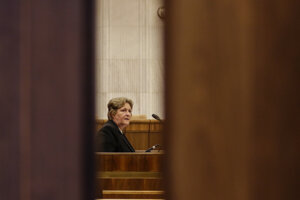 Dubovcová also demands that public buildings and buildings where public administration authorities are seated are wheelchair accessible. She surveyed the situation at schools, hospitals and police stations. Police stations had the best disability access where they did their best to enable people to get there without problems.

Nevertheless, hospitals are completely neglected in this regard, while the situation is the worst in schools, she said, adding that “our schools are still living in the previous century”, SITA reported.

Dubovcová also said that her office was established 15 years ago and it should not be as neglected as it is now. Slovakia still has not created any conditions to secure the full operation of the public defender of rights’ office. There is no separate building for the office and the ombudsperson also lacks a chapter in the budget.

She hopes that her successor Mária Patakyová, nominated by the ruling coalition, will have better conditions for work. She thinks the ombudsperson should not be a friend of the government.

“If they are on good terms with the government, they don’t fulfil their monitoring function,” Dubovcová said, as quoted by SITA.

She also claimed that the previous one-party government of Smer has not acknowledged several of her reports, nor did it adopt the measures she recommended. They behaved as if there were no violation fundamental rights, according to Dubovcová.

She appreciated the current ruling coalition for observing the law and dealing with her report.

As for the areas her successor will have to deal with, she mentioned the inappropriate use of police power, the problems with socio-legal protection of children and discrimination in education, TASR reported.