Young people to prepare for changes

Some observers call for scrapping the state-subsidised mortgages for the young. 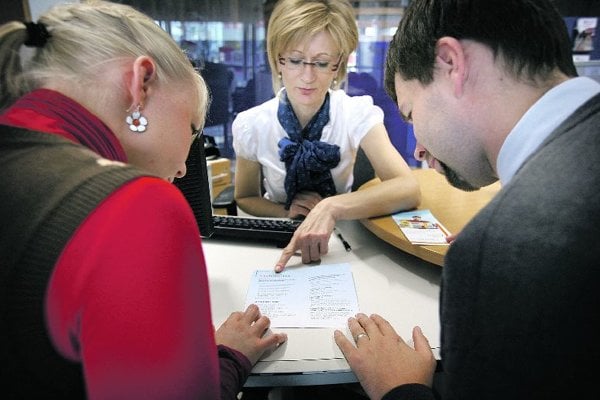 The state-subsidised mortgages for young people under 35 years of age are awaiting changes. The Finance Ministry has proposed replacing the state contribution with a tax deduction, which is in principle similar to a tax bonus.

Since it is only a proposal, the details and specific conditions are not known yet, the SITA newswire reported in mid-February.

The state should cancel the entire system of support of mortgages, opines head of the economic think tank INEKO Peter Goliaš, pointing to the record-low interest rates on the market and a steep rise in mortgages. As a result, real estate prices also increase.

State-subsidised mortgages deform the rental housing market which is more effective regarding the flexibility of the labour market, he added.

“If politicians want to support housing, they should rather reimburse the housing expenditures of poorer people, or at least part of them,” Goliaš said, as quoted by SITA.

The subsidy on mortgages for young people is a payment that lacks a clearly defined aim. Moreover, its definition is broad, which means most young applicants receive it, said Radovan Ďurana, analyst with economic think tank INESS.

As a result, the subsidy increases the demand for real estate, which in case of insufficient supply results in an increase in prices.

“Though young people receive a very low discount on interest, they pay it from a higher sum,” Ďurana said, as quoted by SITA.

Slovakia has the highest share of housing in private ownership, according to the Organisation for Economic Cooperation and Development (OECD). This is at odds with the government’s strategy to increase the share of rental housing, Ďurana continued. Thus the government should not change this rule, but scrap it without any compensation.

“From a financial point of view it is irresponsible to use a subsidy from taxes to motivate young people to get into debt, which do not correspond with their real incomes,” the analyst said, as quoted by SITA.

Maroš Ovčarik from the FinancnyKompas.sk website asks whether the draft amendment will also change the interest rate for young people. The 3-percent bonus does not make much sense as the average interest rates in the market are currently below 2 percent, he said.

“So changes to the measures that would solve such market anomalies are certainly required,” Ovčarik said, as quoted by SITA.

The state has been providing the subsidies on mortgages for people under 35 years of age since 2007. It pays 2 percent for clients, while banks decrease the interest rate by an additional 1 percent. The interest rate is lower during the first five years of repayment.

The income cap for applicants accounts for 1.3 times the average wage in the national economy in the previous quarter. If the applicants are married or they live together, the cap is twice as high and is calculated from their joint income, SITA reported.

The interest rate subsidy can be provided only for a sum not exceeding €50,000. The sum should not be higher than 70 percent of the value of the mortgaged property.