Two new elements were added to The Representative List of Intangible Cultural Heritage of Slovakia. 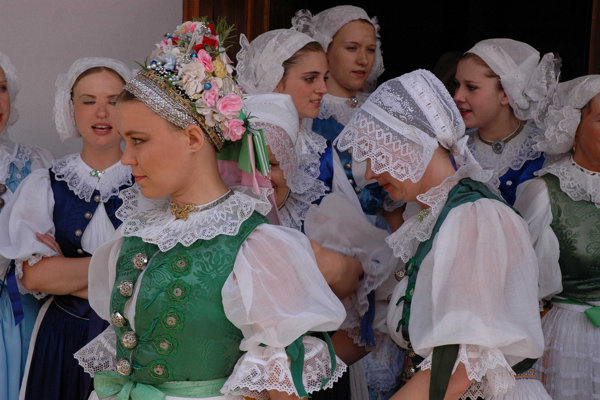 Tulle bobbin lace of Myjavská pahorkatina and the Vajnorský ornament was enrolled into The Representative List of Intangible Cultural Heritage of Slovakia.

Tulle bobbin lace from Myjavská pahorkatina area is unique among the various kinds of bobbin lace across Slovakia. Its fragility and airiness came from knitting fine white yarn on tulle net with many sticks.

The centre of the original deposit was in the village Krajné, where this kind of lace has been made since the 1880s. Tulle lace in this area kept designs of its Belgian tulle lace origins and is connected with the traditions of the local clothing style where aerial, fragile and white fabric is valued.

From the many ornamental styles which developed in the Slovak area in the 19th and first half of 20th century, the Vajnorský ornament is among the most noticeable. In Vajnory and villages near Bratislava, ornaments marked embroidery, painted Easter eggs and interior wall paintings. Ornaments were developed by local designers, and the designs were then used by other artists in embroideries and paintings.

“In these skills, traditions and the intangible cultural heritage are hidden characters and identity of Slovaks in general, but they also reveal special communities within the nation,” summed up Culture Minister Marek Maďarič, as quoted by the TASR newswire. 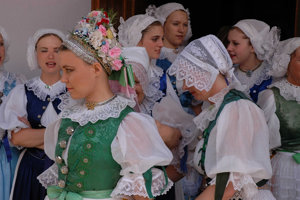 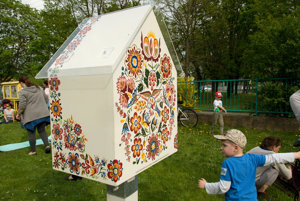 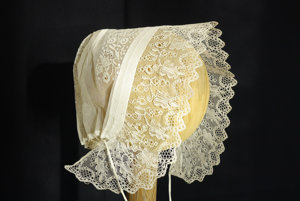