Mendoza: A news story can change the world

Every journalist and editor has the responsibility to take a story beyond their daily beat, says Martha Mendoza, one of the team of four women who won the 2016 Pulitzer Prize for Public Service for their “Seafood from Slaves” investigation. 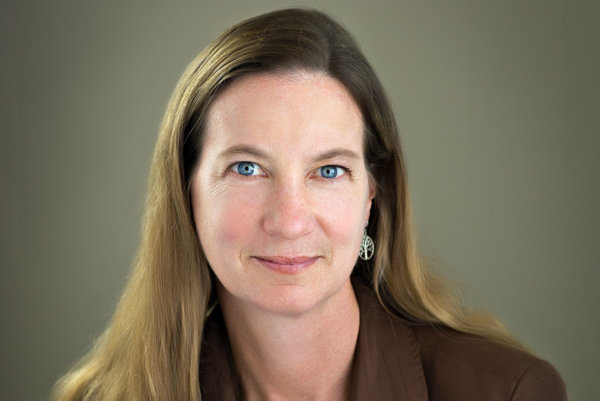 As a result of the work of the AP reporters, more than 2,000 slaves who were captives of the Thailand seafood industry are free today. They were forced to catch or process seafood that then made its way into the supply chains of almost every major food retailer, and to dinner tables worldwide.

Mendoza answered the questions of The Slovak Spectator in an e-mail interview ahead of her visit to Slovakia in early April, where she is scheduled to give public lectures in Bratislava and Košice about her work but also about human trafficking in general and how journalists can approach it as an issue.

The Slovak Spectator (TSS): Your work on fishermen slaves has made a strong impact. You have managed to raise public awareness about slave work in fisheries, a new law is in place that bans slave-produced goods, hundreds of

people were freed from forced labour. What is the most important outcome of it for you personally?

Martha Mendoza (MM): As a journalist I always try to do my best, but I wonder what I can do, whether I can make a difference. In this case, more than 2,000 fishermen are free, a dozen people have been jailed, ships worth millions of dollars seized and businesses shut down. There have been Congressional hearings, lawsuits and proposed changes to legislation. Some of the world’s largest companies, after being called out, have vowed to clean up supply chains. The Thai seafood sector and the Global Aquaculture Alliance have pledged to bring all shrimp processing in-house by January 1, 2016, eliminating peeling and processing sheds. “One of the problems we have faced in addressing these challenges is the lack of specificity of allegations,” US business groups representing Red Lobster, Whole Foods and others wrote in a letter to foreign diplomats in Washington. “The AP article changes this dynamic.”

TSS: How did the topic of present-day slavery come about? What brought your attention to this problem?

MM: Slavery at sea had been an open secret for decades, with especially bad conditions in the Thai fishing industry. The AP team, frustrated that the problems persisted despite government, NGO and media reports, set (and met) two ambitious goals: Find captive slaves, to counter industry claims that the problems have been solved, and follow specific loads of slave-caught seafood to supply chains of particular brands and stores, so companies no longer could deny culpability. They never imagined they’d find an entire slave island. For months they turned over leads until they heard about Benjina – a remote Indonesian island village that was unreachable for months at a time because of stormy seas. There, the AP discovered hundreds of Burmese slaves, some locked in a cage, others buried under fake names in a company cemetery. This was where the series began.

On the morning authorities went to Benjina and began freeing people, I ran to my children’s beds, I shook them awake and said “They’re freeing the slaves!”

TSS: How would you describe the work on a big project like your “Fishermen Slaves”? How big is the team of people who participate on it and how long did it take from the start of the project until publishing?

MM: This project began in 2014 and continues today, as there are still workers trapped on boats at sea catching seafood that ends up in the US and Europe. We worked as a four woman team – Esther Htusan, Margie Mason, Robin McDowell and myself – and our editor Mary Rajkumar, on the reporting. The production took dozens of people, for making videos and websites, preparing photos and captions, lawyers and standards editors, and more.

TSS: Did you know from the start the story was going to be as big as it turned out in the end?

MM: We had no idea, and couldn’t have imagined where this was heading. On the morning authorities went to Benjina and began freeing people, I ran to my children’s beds (it was 5 am when Robin told me). I shook them awake and said, “They’re freeing the slaves!”

TSS: Modern-day slavery also concerns Slovakia. There are victims of trafficking, for instance, from among the Roma people who live in poor settlements. What would be your advice for an investigative journalist who wants to look into this problem? What are the things to be particularly careful about when dealing with such a sensitive issue?

MM: I want to encourage and implore your journalists to look into this. Uncovering human trafficking can be dangerous and requires sensitivity but it can make a real difference in someone’s lives. Be careful about the perpetrators – these can be criminals and a journalist can disrupt their livelihood. And take care with victims – they have been traumatised and a difficult, aggressive and demanding reporter can be additionally abusive. Before publishing, the AP went to the International Organisation for Migration for help rescuing the men that had been photographed and filmed out of fear they could be punished or possibly killed for talking to reporters. Only after they were removed from the island and taken to a safe place did AP run the story. 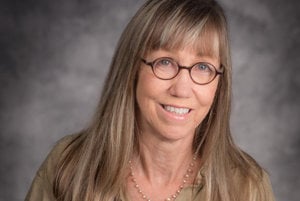 TSS: What are the ethical dilemmas you face most often in your work as an investigative journalist? Were they any different in this particular case of fishermen slaves?

MM: As journalists we often wonder: when do we put down our notebook or camera and help a subject or source we are writing about? The principles at stake included our AP news value to avoid behaviour or activities that “compromise our ability to report the news fairly and accurately, uninfluenced by any person or action”. A second principle commits us to minimising harm to our sources and subjects. Using photos taken from space, we found trawlers loaded with workers in waters off Papua New Guinea that had fled a slave island in Indonesia. We desperately wanted to tell the story of these men who should have been freed in Benjina with the others. But we also felt a great responsibility to make sure they were helped, even if it did not result in a story.

Usually a news story is enough to alert authorities to wrongdoing without having the journalists get involved. But in this case it was going to take a while for law enforcement to muster the resources necessary to respond at sea. And we feared they might flee when our story published, subjecting the victims to further abuse. So we decided to contact authorities and share what we knew, maintaining our vigilance and outside oversight from editors to make sure we were not compromising our impartiality or integrity in telling the story.

TSS: Why does a good newspaper need to have an investigative desk?

MM: I’m not sure it does. But every journalist and editor has the responsibility to take a story beyond their daily beat, digging deeper. Investigative reporting is simply reporting with more resources – more time, funding, research and collaboration. At the end of the day everyone can and should be doing it if they’re working at a newspaper. 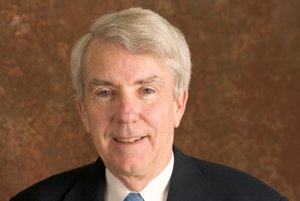 Read also: This is the Golden Age of access Read more

TSS: Increasingly, non-profits now take up the role of doing investigative journalism. Some of the Pulitzer-winning journalists I spoke to in the past saw this as a way out of the situation when news organisations often cannot afford to undertake long-term investigative projects. How do you see the role of these NGOs?

MM: AP is also a non-for-profit, although our business model and history is more as a cooperative. I like the non-profit model for investigative reporting, and I appreciate all of the new innovative ways journalism is finding for funding. We hit a bit of a crisis in recent decades, and there are wonderful, brilliant, creative people working on financial solutions.

TSS: Why did you become a journalist – and would you make the same choice if you were to do it all over again?

MM: I went from high school to college for one year and I didn’t know what I wanted to study. I took history and calculus and chemistry and art for a year. I lived on campus. And nothing was really working for me. That next summer I went to Central America with a congressional delegation which a friend of mine was helping organise and it was there that I saw people who were really in need. I saw bodies in the streets in El Salvador and heard about the US involvement and about what was happening. And somebody there said “we are telling you our story, what are you going to do about it?” I thought “I don’t know, I better go back to college.” So I went back to college and took a journalism class with a teacher named Conn Hallinan who instantly became my mentor. He is still a very important person in my life and my career. I feel tremendously fortunate to have been able to do this work. For me going places and meeting people, hearing their stories, this is fun. I love the writing process, a challenge where I always have room for improvement. And it’s such an honour to meet so many people of conscious and integrity around the world, working incredibly hard, living amazing lives. What an extraordinary opportunity I have to ask them questions, spend time with them and tell their stories.