The Slovak team beat Malta on March 26 evening at the Maltese stadium in Ta’Qali in their third consecutive winning qualification match. 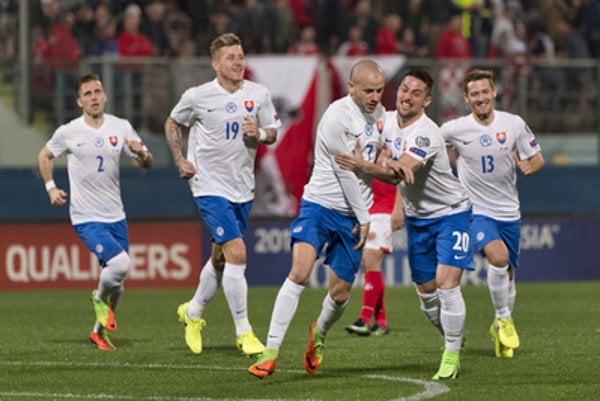 Slovakia confirmed their position as favourites in the F group of the World Cup 2018 qualifications, winning by two goals for a final score of 3:1, the Sme daily wrote. It is currently second in the chart, behind England and placing better than Slovenia, Scotland, Lithuania and Malta.

The team missed Marek Hamšík because of his issues with a femoral muscle – he only started playing in the 50th minute. Slovak goals were scored by Vladimír Weiss, Ján Greguš and Adam Nemec; the last was sent off at the end of the match. The Maltese goal was scored by Mario Farrugia.

Apart form the wins, the national team of Ján Kozák has also recorded two defeats. Next, Slovaks are slated to play with Lithuania, on June 10, Sme wrote.