Travelling to the USA by plane is extremely cheap

The low prices are impacted mostly by cheap oil and big competition in the market. 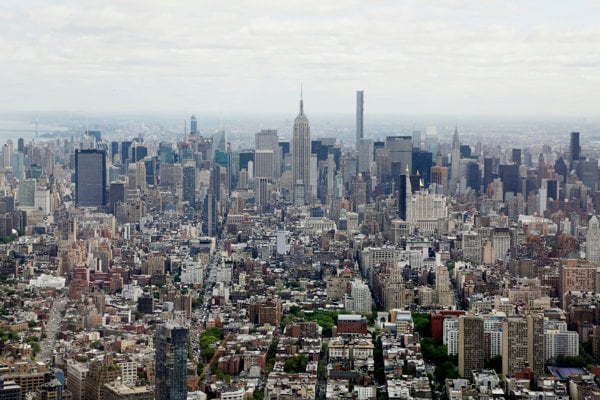 Travelling to the USA has become more accessible for Slovaks as the prices of plane tickets offered at the local and also neighbouring airports are the lowest in history.

The prices dropped significantly compared with last year, in some cases by tenths of a percent. The most significant decrease was reported by the airports in Košice, Budapest, Vienna and Prague, according to the analysis carried out by the online plane ticket seller Pelikan.sk for the Sme daily.

As a result, interest in travelling to the USA has increased. The website recorded an increase of one-tenth more inquiries about US destinations compared to last year.

“The USA has been among the popular destinations for Slovaks during the summer for a long time,” Patrik Vas of Pelinak.sk told Sme.

Slovaks are most interested in travelling to New York City, Miami, Los Angeles and Washington, he added.

The number of tourists heading to New York, for example, increased 25 percent. The steepest increase, however, was recoded by Los Angeles. The number of plane tickets to the city has increased by 120 percent annually, Sme reported.

The airport in Košice reported a significant drop in the prices of plane tickets compared with last year, by up to 42 percent, according to Vas. A return ticket from Košice to New York in the summer cost €729 on average last year, while this year it is possible to purchase it for €430.

The prices from Budapest, however, are even lower. A plane ticket to New York for the summer months cost €380, down from last year’s €445.

The most expensive plane tickets are offered at the Schwechat airport as a return ticket to New York costs €535. Last year the price amounted to €785.

One of the reasons for the drop in prices is the low oil price on the global markets, which amounted to $50 per barrel on March 27. Moreover, the airlines try to fill up the capacity of planes that connect to Europe, Asia and the USA every day, according to Josef Trejbal, head of the company Asiana which runs websites Superletuska.sk and Mapaleteniek.sk in Slovakia.

“If the price remains at around $50 per barrel and then the airlines will start a marketing competition and plane ticket prices may remain low through to the end of this year,” an analyst with the company Finlord, Eva Mahladová, told Sme.

On the other hand, if oil prices rise to $80 per barrel and the economic situation of the airlines or people worsens, the prices may go up, she added.