Slovak Hollywood to be built near Bratislava 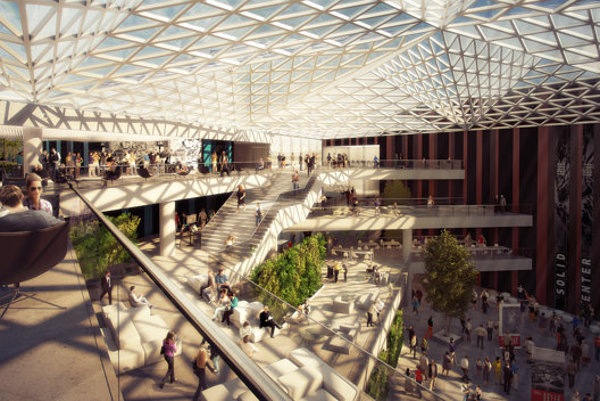 Slovakia sports more than attractive locations for shooting films. Within a small area, filmmakers can find mountains, forests, valleys as well as lakes. In the Záhorie region in western Slovakia, there is even a sand desert. It lacks only the sea, which however, filmmakers miss less than modern film ateliers. The country lost its ateliers, once located at Bratislava’s Koliba, during the scandalous privatisation of the 1990s.

Plans to build their modern replacement were unveiled back in 2013. At the time, Solid Enterprise Group introduced its plans to construct film ateliers on fields lying between the Slovak village of Jarovce, part of Bratislava, and the Austrian village of Kittsee. Apart from local filmmakers, also foreign ones were to use them. Yet the construction of the film studios has not yet started.

After representatives of the Bratislava city council, Jarovce and Solid Enterprise Group signed a memorandum on cooperation in early March, the materialisation of the plans seems to be closer.

Back in 2013, Solid Enterprise Group introduced a plan to build near Jarovce the Technological Centre for Film and Television Production. Then-owner and film producer, Marek Veselický said that to draw foreign filmmakers a country needs attractive locations, subsidies and film studios. Slovakia has such locations and since 2014 it also provides subsidies to filmmakers. The Audiovisual Fund returns 20 percent of investments to filmmakers in case they the filmmakers spend at least €2 million here. But Slovakia lacks modern studios and places for post production.

Two years later the project of the film studios grew in size as well as in investment and changed its name as well, to Film Park Jarovce. Now the studios should cover an area of 27.6 hectares including an almost 0.5 hectare pool. Investments increased by €40 million to €103 million. 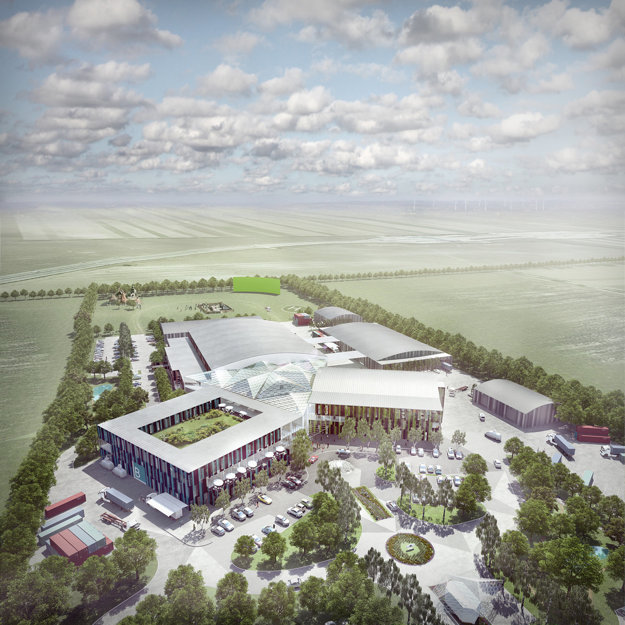 The ateliers should serve for shooting films of various lengths in addition to genres including family, action and historical films.

For now, Solid Enterprise Group does not want to provide any detailed information about the project as it wants to wait until it obtains all necessary permits.

“There were already several dates,” said Veselický, adding that time-consuming and complicated processes of preparations have prevented them from materialising their plans so far.

This is even thought to be what this area should be used for, based on the valid master plan, for light industry, which filmmaking is. Yet there are no roads and other infrastructure is lacking too.

Now Solid Enterprise Group will also secure the construction of the north-western bypass of Jarovce.

“We can’t wait for it,” Pavol Škodler, Mayor of Jarovce told The Slovak Spectator.

He believes that the film ateliers will not only make Jarovce more visible and bring new jobs, it will also mean building the north-western bypass for which the village does not have the funds.

Currently Solid Enterprise Group is waiting for the so-called binding opinion of the Bratislava city council. After the firm receives the decision and if it is positive, the company can request a development permit and afterwards a building permit.

Veselický estimates that if everything goes according to the plans and they get the needed permits, they may launch construction works in late 2017.

Construction of the ateliers is planned for three phases. During the first one they would build the technological centre for film and TV production. During the second phase a training centre will be added, along with areas for filming exterior scenes, and accommodation for actors and filmmakers. The third phase should bring a creative park for exterior film scenes, squares and an exterior pool with sand beaches.

“We estimate the time of construction at three years,” estimates Veselický, adding that the project might be put into operation in 2020.

Slovakia used to be home to film ateliers at Bratislava’s Koliba. Their construction started in 1949 and were opened in 1953. Filmmakers lost their premises for shooting films and postproduction during the dubious privatisation during the reign of Vladimír Mečiar when the company Štúdio Koliba acquired them in 1996. Nowadays, the private TV Joj uses some of the original buildings. The rest are in disrepair.

The country has already served as a locality for making films. For example, the movie Nosferatu (1922) based on the story of Bram Stoker about Dracula was shot at the Orava castle. Slovak locations were also used in Dragonheart (1996) featuring Sean Connery, and Peacemaker (1997) featuring George Clooney and Nicole Kidman.