Some of Slovakia's well-known show-business celebrities came together to re-sing one of the most famous charity songs. 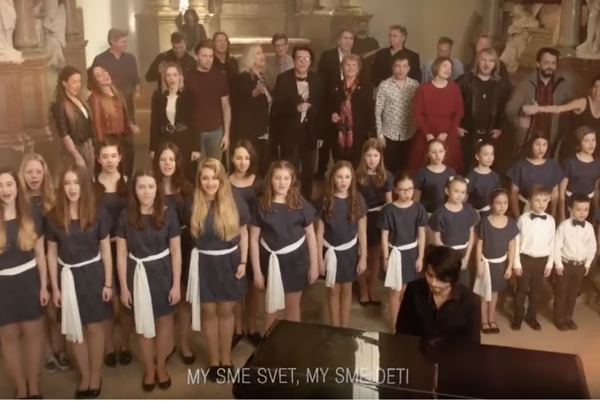 Screenshot from the video
Font size:A-|A+16

Song We Are the World, by Michael Jackson and Lionel Richie is often used by celebrities of world-wide fame to stress problems in the world.

In the Slovak version of the song, TV presenters, actors, humourists as well as singers, the former winners of talent shows and also the celebrities who have not appeared on our screens for a long time, are all taking part. In the archive of TV Markíza you can watch original version.

However, many internet reactions consider it the worst version ever made and there are many jokes ongoing about some of the people participating in the song. These videos are parody made from the original version.