Although the sight has gone through several renovations, its current appearance is similar to the original historical one. 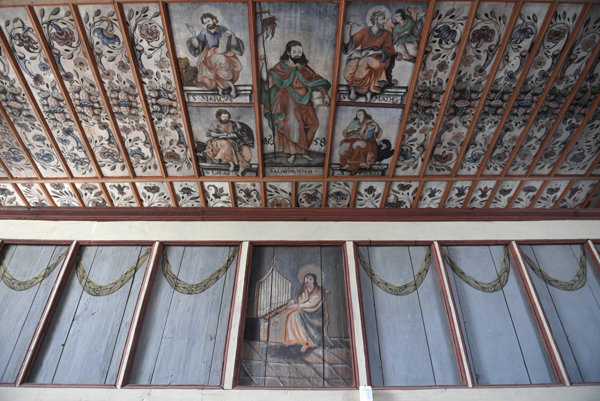 A national cultural monument has stood in the village of Poruba since the 14th century. During the First World War, it was one of the few churches that kept all its bells - bells from other churches went to cartridge production.

“The paintings cover every wall of the church and have been preserved almost whole except those which were destroyed due to later reconstruction,” explained historian from Poruba Erik Kližan, as quoted by the SME daily. 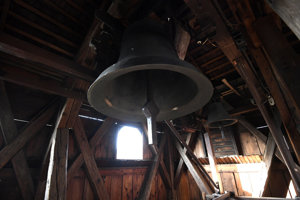 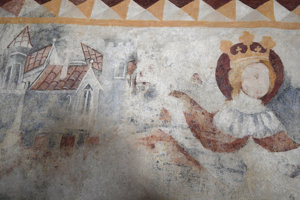 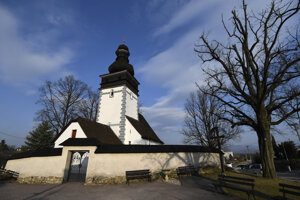 Although the sight has gone through several renovations, its current appearance is similar to the original historical one. The paintings in the interior of the church are dated to the break of the 14th and 15th centuries.

“The construction of Saint Mikuláš dates to the origin of the village. Poruba was settled by Germans in the 1330s,” said Kližan for SME. The old German name of the village was Nikelsdorf, which means Mikuláš’s village.

The oldest frescos are consecrated crosses which are located at the nave perimeter and originate from the time of the church’s construction.

When evangelicals came to the Nitra region, they painted over the frescos with white paint, the historian said.

“That white colour peeled off over the years. The frescos were very visible between 1900 and 1903 and that’s why they were restored,” Kližan explained, as reported by SME.

It was said, that frescos were in good condition because of eggs.

“They bought eggs from all over Poruba and its surroundings, spreading eggs on the walls and when they hardened, the white colour peeled off easier but original colours of frescos stayed safe,” the historian explained for SME.

During the counter-reformation of the 1660s a wooden ceiling was installed, painted with flower and fauna motifs, according to Kližan.

The three church bells are also of interesting note. One of them is not dated, but probably originated from the 17th or 18th century. The second bell is from 1633. The third bell of Saints Cyril and Methodius was bought by believers who came from seasonal jobs, mainly from France, and was installed in 1929. All three bells were saved from being melted into bullets because of the community who wanted to keep the bells.

The last big reconstruction and restoration of the church is dated to the years between 1997 and 2009. The whole site underwent changes, the frescoes and floor were restored and original baroque altar was replaced by the altar originating from the Middle Ages.

The church in Poruba was, according to historic documents, the only one in a wide radius. The civic society Svätý Mikuláš from Poruba is trying to save the original baroque altar.

“The altar originates from 1701 and was installed to replace the former wing altar, which top is today the part of Slovak National Museum in Bojnice,” said the historian for SME.