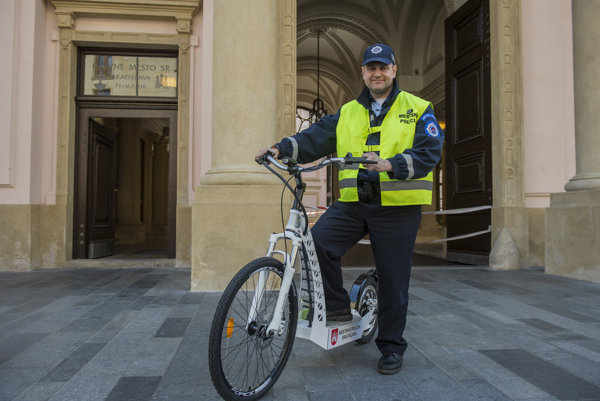 Policemen in the historical centre of Bratislava will now be using electric scooters. Bratislava city council bought two scooters to start with but if they prove to be useful, the city will buy more.

More than 260 municipal policemen serve in Bratislava but only patrolmen will use the scooters - those who walk around the city will take turns.

The scooter's charge lasts about eight hours and they have a range of about 80 kilometres. Their maximum speed is 25 kilometres per hour.

The mayor of Bratislava, Ivo Nesrovnal, said that the capital wants to be closer to other European cities, ecological and smart.

"Electric scooters are not only fast but also environmentally friendly," said Nesrovnal. "It is one of the smart solutions the city is introducing." 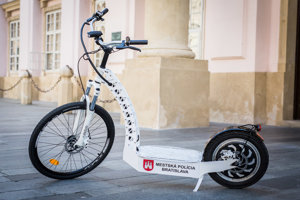 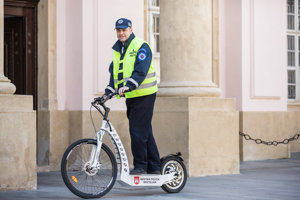 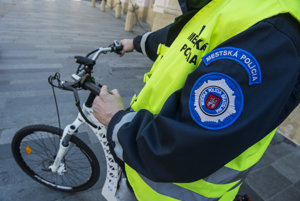 Policemen already use means of transport which do not hurt the environment in other city districts. In Petržalka and Ružinov policemen ride bicycles and at Železná Studnička, Lesopark and Koliba policemen ride horses.

The head of the city police, Ivan Lechner, voiced satisfaction with the idea.

"I believe that thanks to the scooters policemen will get where they need to be in much less time,“ he said as quoted by the SME daily.