The Pontis Foundation rewarded the companies whose activities are aimed at changing the society for the better for the 17th time. 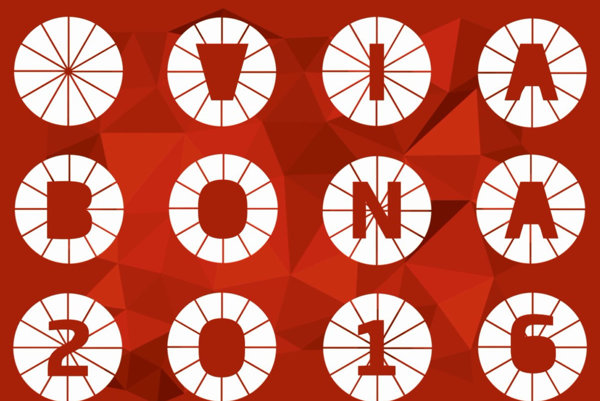 Producing high quality environmentally-friendly cars, creating good working conditions for employees, helping seriously ill seniors or reducing pollution by promoting the use of bicycles. These are only a few examples of the projects with which companies active in Slovakia voluntarily help their neighbourhood, employees or business environment. For their achievements they have received the Via Bona Slovakia awards for 2016.

“In Slovakia, there is frustration with the current situation,” said Lenka Surotchak, executive director of the Pontis Foundation, which hands out the awards. “We can fight it also by using positive examples that reassure us that there are many nice and meaningful things happening.”

In total 71 small, middle-sized and big companies submitted a project in the 17th year of the competition. For the first time in its history, the Pontis Foundation received 10 nominations in the main category.

The companies competed with their projects in six categories; some of them also vied for the public award, on which the readers of the Sme daily decided.

For the first time, Pontis Foundation also granted the Price for Social Innovations, designed for those projects with the potential to solve a long-term problem in society.

The Main Award for a Responsible Large Corporation went to Žilina-based carmaker Kia Motors Slovakia which has been trying to behave responsibly towards its employees and customers for more than 10 years.

To be a responsible member of the community means, for this carmaker, production of high quality environmentally-friendly cars, creation of good working conditions for its employees, and helping the local community where it needs, but also to be fair to suppliers and meet its tax duties towards the state.

The carmaker also pursues its aim to offer a safe, clean and likeable work environment which is of key importance for the production of quality cars. As a result, it created the so-called Harmony rooms located directly on the production premises. This enables employees to directly contribute to improving the working environment and relations in the workplace.

Moreover, it supports the region by financing various projects and supporting the volunteering activities of its employees. It also cooperates with local secondary vocational schools and universities. 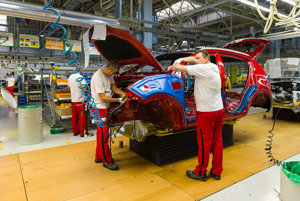 Read also: Kia: Our goal is to be a responsible member of the community Read more

The main award in the Responsible Small/Middle-Sized Company went to Humenné-based Ošetrovateľské Centrum which promotes the idea that seniors too deserve the best care possible. The centre combines various forms of nursing care. Moreover, it is the first medical facility in Slovakia led by nurses.

“The number of paralysed, seriously ill people in our country, who require not only social care but also the skills and wits of nurses, is increasing every year,” Zuzana Fabianová of Ošetrovateľské Centrum told the Sme daily. “Thus nurses are crucial for us.”

Except for taking care of its own patients, the centre has distributed so-called senior packages to seniors across Slovakia. In the past two years they have been sent to 4,500 families.

The project was also granted the Public Award.

The Fair Player in the Market Award was granted to the company Metro Cash & Carry for their activities with both suppliers and customers, as well as local producers via various competitions and lectures. It organises a conference for suppliers every two years, assessing the current situation in the market and helping them with placing their products.

Moreover, it also organised the first Day of Private Business-making in 2016, helping to spread the activities of small, local companies. It was attended by nearly 600 entrepreneurs who launched various campaigns via a special website and mobile application. Their customers could, for example, get a free coffee or pay for a beer with a single text message.

“The aim was to honour all small entrepreneurs who have invested their money, talent, energy and time, and took the risk and insecurity of doing business,” said communication manager of the company Martin Jaroš.

All of the promotion of the activities offered by participating businesses was paid for by Metro.

Company 2brothers launched an interesting bicycle sharing project in order to reduce pollution in the western Slovak town of Prievidza, for which it was granted the Green Award.

The authors of the Green Bike project are brothers Jaroslav and Mirety Dian.

“One of the reasons probably was the increasing traffic and traffic jams in such a small town as Prievidza is, as well as exhaust fumes and emissions, and the modern lifestyle of people who forget about active movement and pay for their comfort with their health,” Mirety Dian told Sme.

The system is very easy. People log in via a mobile application and find the nearest bike stand on the map. If there is a free bike they go to that location and request for the bike to be unlocked. The system automatically offers a bike with a code number. People then check its condition and confirm unlocking the bike.

One half-hour ride costs €0.49, which is automatically deducted from the phone’s credit.

Not a typical second-hand

The Good Community Partner Award went to non-traditional second-hand Nosene, situated in downtown Bratislava. Unlike other similar shops, this second-hand tries to do things differently.

“We often witness the situation when the customers cannot believe they entered a second-hand,” says Katarína Hutyrová, manager of Nosene.

The company fights several problems in the society. It tackles the phenomenon of fast fashion by offering previously worn clothes, but also upcycled and renewed pieces under their own brand, Renewals by Nosene.

Moreover, 15 percent of the purchasing price is sent to help abused women. The company collaborates with Prešov-based civic association MyMamy. The money is often used to help them and their children overcome problems after leaving their spouses.

Honourable mention in this category went to the project of the law firms Squire Patton Boggs and bnt attorneys-at-law who cooperated with civic association Proti Prúdu, the publisher of the Nota Bene magazine sold by homeless people, to change the rules concerning personal bankruptcy and subsequent removal of debts.

Their main aim was to reduce the costs of the whole process, make it simpler, and help people avoid homelessness. As for the bankruptcy proceeding, they wanted the debtors to cooperate with social in-field workers who would help these people improve their financial literacy and integrate better into society.

Every employee is important

Company IKEA won the award for Excellent Employer for an event it organised to support personal growth and individual talents of its employees. At 26 interactive lectures and workshops held as part of the Week of Talents in IKEA, the employees could learn more about themselves and also opportunities to grow within the company. The lectures were led and also attended by managers and leaders.

In many companies there is a pyramid attitude to the perception of talents, but IKEA wants to change that.

“We believe in the abilities of every employee,” said Jana Hrubcová of IKEA Bratislava. “We don’t want to only look at the CV, but we also seek potential, talents they can offer us. It doesn’t matter which position the employees have, everybody is important for our growth.”

Subsequently, IKEA organised an external Week of Talents that was open to people willing to work for it. In addition, the employees can go to a so-called growth centre where they can get unbiased feedback to then use in their relations with superiors.

Honourable mention went to the company Soitron for its internet conference project SoitronX, inspired by the successful format TEDx. Its aim was to offer space to employees and their inspiring stories, and to create a platform to share their work experiences and skills.

While the organisers could try roles that were different from what they usually are doing at work, the speakers, usually non-managing employees, could improve their presentation skills under the supervision of experienced TEDx coaches.

The company also supports professional, soft-skill and language education. Moreover, it often asks its employees for feedback and tries to respond to their ideas and proposals.

The Prize for Social Innovations was granted to the company Jem Iné and its food revolution project. Since 2012 the firm has been organising the Food Revolution Day, spreading the ideas of famous British chef Jamie Oliver aimed at eating healthier.

The company also organises a cooking school where it runs various lectures and interactive cooking and education courses, mostly for children and their parents. Moreover, since 2014 they have been providing 20 private kindergartens and primary schools in Bratislava with catering, explains one of the company’s founders Janica Lacová.

They also hold a licence of the Healthy Schools Project, whose ambition is to improve eating habits at all schools. The involved schools do not only offer healthy and tasty food to the children, but also buy products from local farmers and producers.