New SUV Audi Q8 to be produced only in Bratislava

Bratislava plant is being considered as VW's showcase. 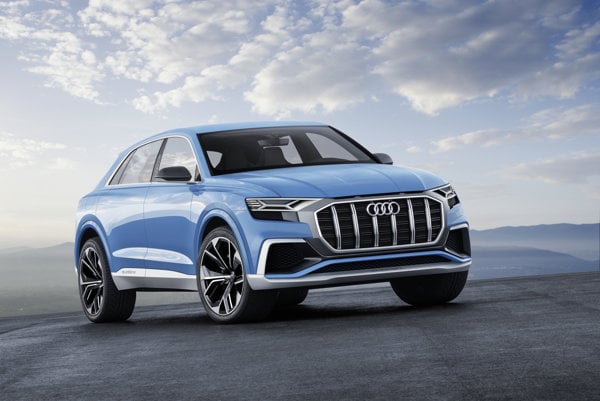 The brand-new SUV Audi Q8 will be made exclusively at Volkswagen Slovakia’s plant in Bratislava, with production to be launched in 2018

„We view it as a display of great confidence in us, to be entrusted with the production of the prestigious Audi Q8 model,” VW SK spokesperson, Lucia Kovarovič Makayová, announced on April 11.

“We’re happy with the entire team in Bratislava,” said VW SK Board chairman Ralf Sacht, noting that the Bratislava plant is being considered as Volkswagen’s showcase, with quality cars being produced by skilled staff for customers worldwide.

In producing the new upper-class SUV model, VW SK will use technologies and experience learnt from producing the Audi Q7 model, the TASR newswire wrote. Overall, three SUV models will be produced at what is one of Volkswagen’s most advanced body workshops featuring around 1,000 robots – the VW Touareg, Audi Q7 and Audi Q8. Some of the technology at this body workshop is being used for the first time ever by VW, with the level of automation reaching 90 percent.

The Audi Q8 concept was unveiled at the North American International Auto Show (NAIAS) in Detroit in January, with a new look, designed for serial production by the brand’s chief designer Marc Lichte and was presented later in Geneva.

Thank you for singing up. Shortly an email will be sent to the address you provided to verify your e-mail.
Error! Please try to register again later, your e-mail was not registered.
Your email is not in a correct format.
Please confirm you are not a robot.
Share on Facebook (108)