The Fulla generator is an online app - type your name in, and it will generate a portrait in the style of Ľudovit Fulla drawings from 1959 – 1960. 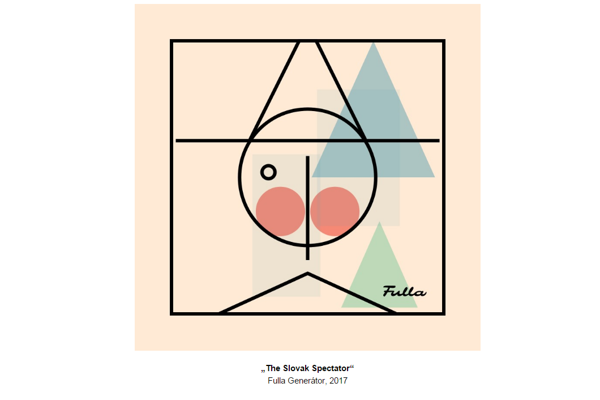 The algorithm transforms your name to a system of 60 parameters which then emerges into the form of a man or woman; every portrait is unique.

The author of the generator, Ondrej Jób, created this special piece of art in August 2016 within the exposition ‘Made in Slovakia’ (Vytvorené na Slovensku).

“I knew from the beginning that I was going to do something digital, because I was the only one among the participating artists to work with this medium,” said graphic and type designer Ondrej Jób.

Ľudovít Fulla (1902 – 1980) was a Slovak painter, graphic artist and illustrator. He is considered to be one of the founders of Slovak modern painting and graphic arts. Fulla is well-known for his illustrations of the folk tales written by Pavol Dobšinský.

The schematization and minimalism of Fulla’s drawings suggests itself to digital adaptation, Jób says, because it is easy to imitate and generate his motifs of persons, country or architecture.

“One of the main purposes of project “Made in Slovakia’ is to create and present original souvenirs. Portraits generated by the Fulla generator is a unique souvenir, a connection of the selfie and an icon of Slovak fine arts,” said Jób, who has been influenced by Ľudovít Fulla since childhood.

“I am from the Liptov region, the same as Ľudovít Fulla,” said Ondrej Jób for The Slovak Spectator, explaining why the artist’s geometric abstraction, minimalism and schematization have always impressed him. He chose Fulla’s drawings, as Jób also mostly utilizes the same minimalism and schematization. Moreover, he added, art and digital technologies are influencing and pushing each other, creating new possibilities.