Internet of Things is mainly for firms for now

Connecting objects to the Internet of Things can improve quality and production costs across industries . 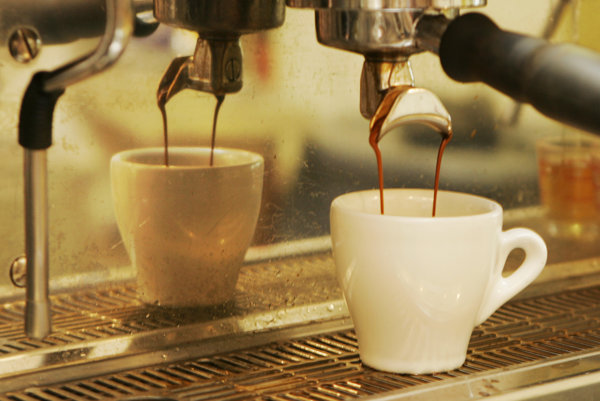 Coffee makers may soon be linked to the IoT. (Source: AP/TASR)
Font size:A-|A+

The Internet of Things is a natural evolution of IT technologies by connecting basic objects to the network. A light controlled by a mobile phone application or an alarm clock synchronised with a coffeemaker are simple examples.

Commercial products operating on the network are already available in France and the UK. Apart from facilitating life’s activities, the Internet of Things, known under the abbreviation IoT, has untapped economic potential.

“The IoT in Slovakia is only in its beginnings, appearing mainly in the manufacturing plants of foreign companies,” said Ondrej Macko, editor-in-chief of the TouchIT.sk website. “Individual parts have their own internet address and it is possible to monitor their entire manufacturing cycle.”

In March 2017, IBM Slovakia opened an IoT workplace in Košice. It will develop cognitive solutions by using the functionalities of the IBM Watson platform, a cognitive computer system that replicates the human ability to answer questions. Watson enables fast processing and analysing of data, resulting in more effective team decisions.

“The IoT lowers costs and optimises the means of production, which means an increase in profit,” said Ondrej Kubo, the application architect at IBM.

Using network connections, the platform can gather data from billions of sensors connected to devices in buildings, factories, airports, automobiles or domestic appliances.

The IoT workplace will closely cooperate with the newly opened, global Watson HQ in Munich and develop solutions for clients in terms of better utilisation of the IoT in business, Branislav Šebo, general manager of IBM for Czech Republic and Slovakia, told The Slovak Spectator.

The IoT is used mostly in the industries with geographically, highly distributed infrastructure.

“In Slovakia this is the manufacturing sector, transport, network industries but also the financial sector,” said Kubo.

A strong benefit of implementation of the IoT is the optimisation of logistics before and during production, or throughout the distribution of end goods and materials, explained Kubo. IoT enables the producer to solve critical situations and optimise planning in advance, in order to avoid delays and drop-outs.

From the point of view of technology, the IoT can improve quality and maintenance. Devices, for example, gas meters and energy meters, are connected to the network and communicate with each other.

“The analytics system can evaluate a large amount of input values in real-time and make corrections or send alerts to the operator on the spot or at later process stages,” said Kubo.

The IBM centre in Košice provides solutions that improve the effectiveness of creating products and services. In addition, they are sought out by clients who want to provide additional value to their customers in the form of optimal interaction that does not trouble the end consumer.

“It is reflected in the approach of the companies that choose more developed and reliable technologies,” said Kubo, adding that successful application of such innovative solutions increases the loyalty of end consumers.

IBM cooperates with the Austrian company Zumtobel, which provides systems for lightning and administration of buildings. Another group of clients is distribution companies, who apply the IoT solutions to fulfil the regulations of the EU.

Volkswagen has a tradition of interactive solutions in manufacturing known as Industry 4.0. This refers to the automation and data exchange in manufacturing technologies, using cloud computing and connecting the individual objects via the IoT.

She pointed to augmented reality and virtual reality, big data collection, online monitoring or utilisation of an artificial intelligence mechanical arm in production.

“The IoT brings to manufacturing plants a higher a degree of control over the whole process and reduction of costs,” said Macko.

Implementing the IoT to the entire manufacturing process can also lower the personnel requirements, he pointed out.

“On the other hand, it is more demanding on the qualified workforce that can control modern technologies and programmes,” said Kovarovič Makayová of VW Slovakia.

While in Slovakia, the IoT is just coming into normal use, in the UK or France people can already buy a fridge the content of which can be checked via sensors.

“You can adjust your shopping accordingly,” Macko said.

Currently, the IoT is used mainly in the automotive industry, but it can be used in any industry and in any manufacturing sphere.

Kubo believes that the IoT has future potential in Slovakia, which has a rich history of technological innovations and education.

“There are many experts in electro-technics, telecommunication, computer science, mathematics and analytics,” said Kubo.

However, he pointed out that the development also depends on the quality of education and investments into innovation.

Furthermore, innovation teams in several places around Slovakia have experience with modern technologies.

Kubo sees the advantage of Košice in its quality environment with capable people, who like to combine new technologies and also meet the professional requirements.

“This gamesome approach is irreplaceable from the human perspective and it enables us to create working groups that are moving their solutions further along,” he said. IBM also cooperates with the local universities and seeks talents as soon as possible.

Macko added that the further development of the IoT in Slovakia depends on the willingness of the local entrepreneurs to invest into new technologies.

“In general, the future of Industry 4.0 depends on the availability of qualified personnel, the access to modern technologies, willingness of companies to innovate, as well as on the adherence to strict standards in IT security,” said Kovarovič Makayová.

Kubo pointed out that the IoT can bring improvements not only in optimisation of finances, but also in the positive impact on the natural environment and the society as such.

“This is the goal of our teams – to improve the environment that we live in,” said Kubo.