B-Complex: Only extraterrestrials will save our politicians

The bi-gender producer of electronic music who won the Slovak Radio_Head Awards for the best single of the year 2016 talks about her music, political implications, current perceptions of her music, and of the wider social atmosphere. 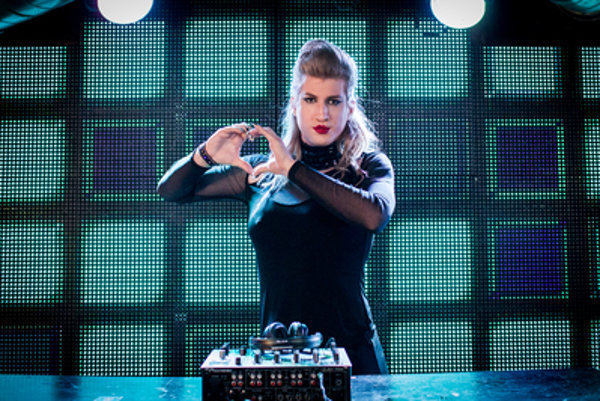 Matia Lenická (or/and Matúš Lenický), aged 32, is a Slovak DJ and producer of electronic music. Known by her stage name B-Complex, her most well-known tune is Beautiful Lies. She graduated from the Academy of Performing Arts in Bratislava. She presents herself as bi-gender, which is quite a brave feat in the country. When the singer of Sex Pistols gave a performance in Slovakia last year, he said she was the biggest punker in the country. Her tune Past Lessons for the Future, which won the Radio_Head Awards, includes a speech of the late Czech diplomat Jan Masaryk.

Sme: Recently, you won a prize for the song Past Lessons For the Future, which bears a strong political message. Did you expect it?

B-Complex (B-C): I am very glad that people supported it and that they understood why it came into existence. But I must say realistically that it is not my best work. If it was made five years ago, it would probably not receive such a response.

(B-C): Because, “Kotlebas” were not in the parliament yet. Today, it is not enough for a politician to follow a marketing survey of what his voters will like. Standard values of morality or tolerance have been removed and now, a wave of hatred is rising. Not even musicians are the bearers of the values of freedom and humanism. I grew up listening to sincere music: Kurt Kobain said what he wanted, I listened to Czech songsters Karel Kryl and Jaromír Nohavica – who have political songs but they also sang about love and relationships.

Sme: Did culture deal more with politics in the past?

(B-C): Culture was much more political during the past regime, even though the artists thus often risked their careers. Currently, people are calmer and they are reluctant to engage in social ideas. They dislike it. In the new millennium, a decline has come for Slovaks: we solved the Meciar totality, we joined Europe, the era of consumption came, and also social networks. People have stopped trusting politicians and they listen to those whom they know, or with whom they are connected through emotions – and these may be even artists.

Sme: Before the Radio_Head Awards, your song was spreading on social media with the slogan “to like people”. This can be interpreted in many ways; what does it mean for you?

(B-C): Not all people understood it right. To like people does not mean that everyone should love each other, sing songs and dance on rainbows. We should rather more tolerate each other and try understand how each one of us is unique and different. My goal is to shatter the concept of normality, as we have already had one normalization and nobody was very fond of it. We should not try to be normal, we should try to better understand ourselves – then we can be more tolerant also towards others. The point of the campaign was to get to like even those people whom you find unlikeable. 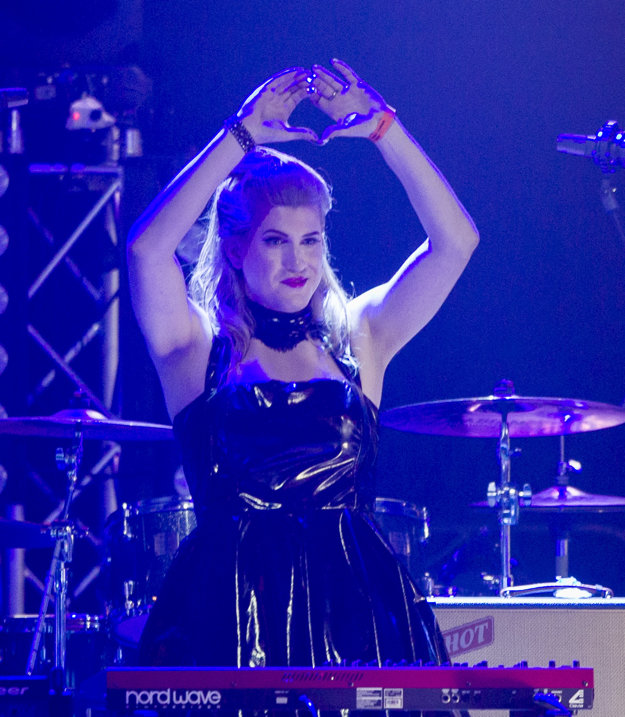 (B-C): I hate people who deliberately hurt others. But on the other hand, we should give them a chance to exist. I will not shout at a march Death to Fascists! I will shout Death to Fascism as a system – as I do not wish death to anyone.

Sme: When you will, as an artist, spread political ideas –do you not fear that people will stop trusting even you?

(B-C): One day they surely will. However, I do not promote tax reforms, transfer of financial means; I promote people not being evil to each other. I am saying not to equate refugees with terrorists. Although I cannot be sure that in a thousand people, there won’t be one radical. The risk of democracy lies simply in the fact that it is not bulletproof. If you want to live in a free society, a totalitarian police will never guard you. People should trust and help each other more. I will feel the safest, of course, when I lock myself in a titanium chamber and receive food through a tube.

Sme: You are not afraid of publicly presenting your otherness, your status as bi-gender. Do you feel safe in Slovakia?

(B-C): So far yes. But on the other hand, my frankness is partially a defence mechanism. For a long time, I could not imagine that as a man I would wear female dresses and go on the streets with make-up. However, it turned out that nobody really cares. People are curious, tend to glance back, but they do not harm me. Sometimes you are afraid when you leave your comfort zone, that you might lose your privileges, your friends, but my experience has been that when you are a nice, decent person, it does not matter a bit whether what you look like or what are your private issues. I do not want to provoke anyone by force. But I also do not want to be ashamed of myself.

Sme: But still: have you not been afraid of being hurt?

(B-C): I had to ask myself what is right. I think it is right to stick to humanitarian principles, not to hurt and not to be ashamed of oneself. It is the easiest thing to fight against someone you do not know. Here, democracy is still in its infancy, and we have always been looking for enemies in Slovakia: first, the problem was Hungarians, then the Roma, then there was the LGBTI referendum – there was the enemy. Now, we do have a super-enemy: the evil Muslims, the bogeys. There are none of them here, and they even do not want to come here; but the whole political spectre is on pins and needles, searching for solutions. People will lecture about them, because they know none of them. They do not know Abdul who may be a moron but they also do not know Mustafa who may be a great buddy. Nothing is just black and white. It will be ideal for everyone if someone can fantasise an extraterrestrial invasion – and let us all unite against them.

Sme: Are you not afraid that the situation in society can get still worse?

(B-C): It is getting worse. And if people keep silent today, it will get worse for sure.

Sme: Would you leave this country?

(B-C): I would leave if someone would harm me or my family and nobody dealt with it. If the brown part (i.e. a fascist symbol) gets to such a power position that I will be afraid to walk in the streets, I would leave. But this happened already: in the 1990s, neo-Fascists walked in the streets in bomber jackets and attacked people – and some of them sit in parliament now, protected by immunity. The only thing you can do is to be active. 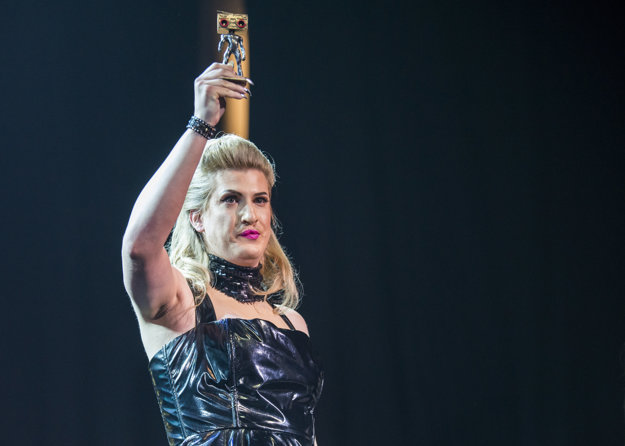 (B-C): Partially, I already am one. I do not want it to be my career, but if there is no one to raise their voice, I will not keep silent. My parents are both journalists and I think that people do not understand what politics means. It does not mean that you have to join a party; politics is, too, whom you elect for the house committee, whom for mayor, or that you express yourself on Facebook.

Sme: Do you feel that social networks have rather helped tolerance, or not?

(B-C): I am a child of the internet and Facebook has helped my career a lot, but recently, rules changed there. Facebook algorithms do not deal with the content of posts or their morals – they just deal with what is popular. If there are more Fascists than good people on Facebook, it will mathematically support their posts. In this sense, it is very negative, as it has supported the wave of hatred to some extent.

Sme: How many years will have to pass for the situation in Slovakia to become ideal from the point of view of tolerance?

(B-C): A million, as it will never be ideal here. However, I have publicised myself so that things change here. If people do not stand up for their otherness, they just boost normalization and nothing will ever change here.