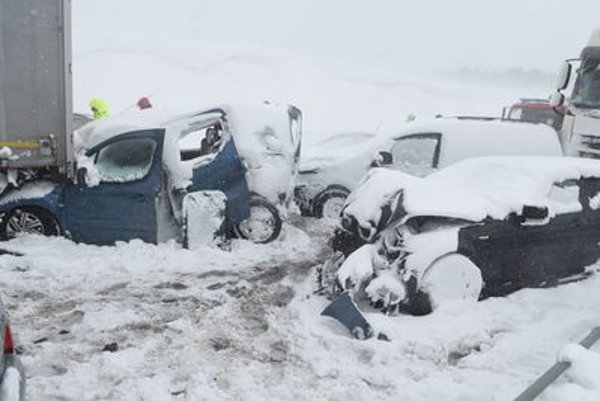 An early morning between Poprad and Spišský Štvrtok left 24 people injured in a crash involving 30 to 40 cars and leaving the road blocked. Shortly after noon of April 20, drivers were still advised to avoid this section. 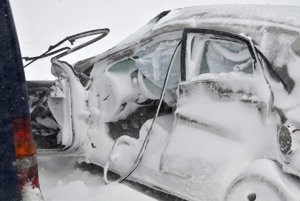 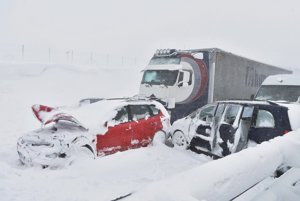 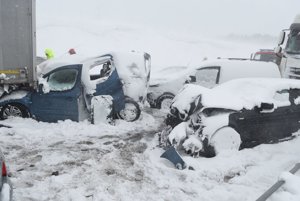 The accident took place around 6:00, Zuzana Farkasová of the Presidium of the Firefighting and Rescue Corps (HaZZ), informed the TASR newswire. Of the 24 injured who were hospitalised in Poprad, Kežmarok, Levoča and Spišská Nová Ves, two were in serious condition, spokesperson of the Operational Centre of the Slovak Rescue Medical Service Boris Chmel said, adding that seven ambulances with crews were deployed to the accident site.

This highway section was impassable in both directions for quite a while, and two dozen fire-fighters from cities and towns in the whole northern Slovakia had to intervene.

Another cause of the closing of the highway is the bad weather and snowstorm.

Another accident, though smaller, took place also on a parallel road between Jánovce (in the Poprad District) a Spišský Štvrtok, to which the traffic from the highway had been re-routed. The roads in three districts in eastern Slovakia –Poprad, Levoča and Kežmarok – were pronounced as a first-grade calamity site at 8:00.

As of 12:30, the highway was still not passable, as strong wind, snow and generally bad weather complicated opening the road.