The company is losing a key figure – inventor Štefan Klein. 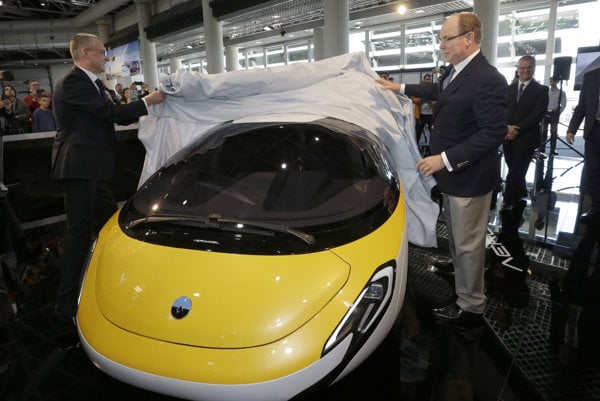 Prince Albert II of Monaco (r) and Juraj Vaculík, CEO and co-founder of AeroMobil, unveiled the latest prototype of a flying car in Monaco on April 20. (Source: AP/TASR)
Font size:A-|A+

A dream about a flying car is nearing reality. The Slovak engineering company AeroMobil unveiled on April 20 a new model of its flying car at the Top Marques Show car expo in Monaco. The car, whose wings can fold back and has a propeller on its rear, is powered by hybrid propulsion. 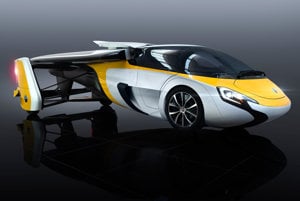 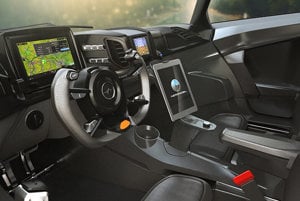 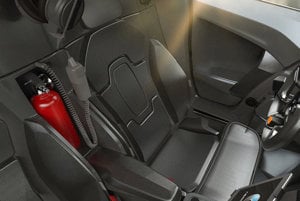 Details of the flying car (10 photos)

“Today is a transformative day for the future of travel as the launch of the AeroMobil means and that everyday flying transportation will soon be a reality,” said Juraj Vaculík, co-founder and CEO of AeroMobil when unveiling the car, accompanied by Prince Albert II of Monaco.

The company is ready to take pre-orders for the first, limited edition. The production of AeroMobil’s first vehicle will be limited to a maximum of 500 units. Its price will be between €1.2 million and €1.5 million depending on final customer specifications.

The vehicle is expected to go into full production in the coming years with the first vehicles complying with air and road regulations being made available to customers by 2020.

Douglas MacAndrew, chief technology officer at AeroMobil sees the launch as a triumph of engineering and design. 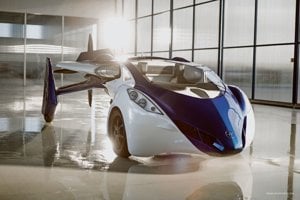 “Everyone in this sector must overcome complex technical challenges in the process of developing a flying vehicle," said MacAndrew as cited in the company’s press release. "We believe the vehicle presented today successfully resolves these challenges demonstrating a product that does not compromise either air or road function.”

The presented vehicle is the fourth generation of the flying car developed by AeroMobil.

The AeroMobil has a custom 2-litre turbo charged four-cylinder boxer internal combustion engine with a FADEC (fully autonomous digital electronic control) digital control unit. The engine is fuelled by 95 RON gasoline. On the road the AeroMobil is powered by a dedicated electric front wheel drive system incorporating electronic differential and an adaptive transmission delivering both road-going functionality and direct drive during flight.

The company promises that the car can fully transform into flight mode in less than three minutes. The automotive range is 700 kilometres while the aerospace max cruise range is approximately 750 kilometres, the company informs on its website. Its top speed on the road is 160 km/h, while in the air it is 360 km/h.

Those interested in driving the flying car will need, apart from a standard driving licence, also a pilot's licence.

Štefan Klein, the inventor of the flying car, left the project before its showcase in Monaco. He ascribed his departure from the project as a logical outcome of the development during the last one and half year.

“Our opinions on development phases of the company differed diametrically,” Klein told Trend, adding that in the phase when the company was growing the situation did not fulfill his expectations as the space for his contribution narrowed significantly. “As a designer I like more to work on prototypes, concepts or visions than to concentrate on preparation of production of the flying car.”

Vaculík also considers this development as logical as Klein is not a business person but rather a teacher, inventor and designer.

“In this phase, when we are moving towards production, this was not attractive for him any more,” said Vaculík as cited by Trend.

Klein now wants to start his own business and focus on the manufacturing of prototypes especially in the field of new kinds of transport. But he does not plan to develop another flying car.

“I do not plan to develop what I have already created,” said Klien. “Logically, it even does not make sense to compete with AeroMobil where 60 people are employed.”

Klein now holds only a minority share in AeroMobil as he sold most of his share to Patric Hessel, founder of c2i, a manufacturer of composite parts of the aerospace and automotive industries.

Hessel has invested €3 million into AeroMobil while his c2i is one of the key technology partners and component suppliers for AeroMobil. Hessel sold 50.1 percent of his c2i to LG Hausys for €40 million in late March.

“I am impressed by the advanced degree of engineering design and simulation at AeroMobil,” said Hessel as cited in the company’s press release from April 5. “For the past two years, AeroMobil 3.0 has demonstrated that it already had the capability to fly and drive. My investment enables the company to move into production on the latest model and prototypes.”

Hessel does not perceive the departure of Klein as a problem significantly affecting the next stages of the project.

“Štefan Klein fulfilled an important task,” Hessel told Trend, adding that Klein invented the whole concept, managed the initial development, and got the project into the phase when the AeroMobil 3.0 version was developed. “Since this time the project has been living its own life.”

In the meantime, what has formed at the company is an experienced and professional team of people from the aviation and automotive industries, able to develop the product independently.