The French in Slovakia would opt for Macron; analyst sees him as winner, too

French citizens who live and/or work permanently in Slovakia made Emmanuel Macron their winner of presidential election’s first round, while Francois Fillon ended second. 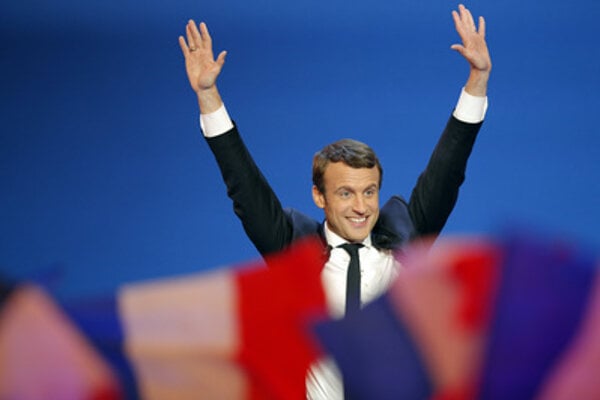 Among French citizens in Slovakia, Macron received 141 votes and Fillon 96 votes on April 23, in the first round of the French presidential election; the second round is slated for May 7, as none of the candidates got the necessary 50+ percent of vote.

Marine Le Pen of the National Front ended up third in Slovakia, with 27 votes, the TASR newswire wrote one day later. Six envelopes were empty and three votes invalid, spokesperson of the French Embassy to Slovakia, Didier Rogasik, informed the newswire. Of the 581 eligible voters, 365 cast their vote in the ballot box in the single election room, in Bratislava.

Apart from the presidential election (which had 11 candidates; but only four were estimated to have real chances), general elections will take place in France this year: the first round is slated for June 4, the second for June 18.

The first round of the French presidential election showed how much the political scene there has changed, GLOBSEC Policy Institute analyst Tomáš Nagy told TASR, adding that traditional parties have not made it to the second round. The difference between the two second-round participants, Macron and Le Pen, could not be any greater, which is truly sensational. Nagy sees the second round as a confrontation of policy of openness. Modernism and progressiveness on one hand, with a policy of strict defence of personal identity and economic nationalism on the other hand. He sees Macron as the favourite, as he is not confrontational.

Slovak economic analysts – Mária Valachyová of the Slovenská Sporiteľňa bank, Markéta Šichtařová of Next Finance and Ronald Ižip of Trim Broker – see Macron as the probable winner – which is good for the economy, as he is perceived to be more predictable, for example not wishing France out of the European Union. Le Pen and her ambitions could bring protectionist measures, re-introduction of the Franc as the currency, leaving the EU and NATO, which would make the markets volatile, analysts agree.

Of Slovak politicians, the Speaker of Parliament, Andrej Danko, said he would respect any result of the French election, as cited by the SITA newswire. He added, however, that EU citizens should stick together, to suppress the wave of populism in any form and to fight against evil.