One of Slovakia’s media schools has invited a well-known conspiracy theorist to an academic conference. What does this say about the state of the Slovak media? 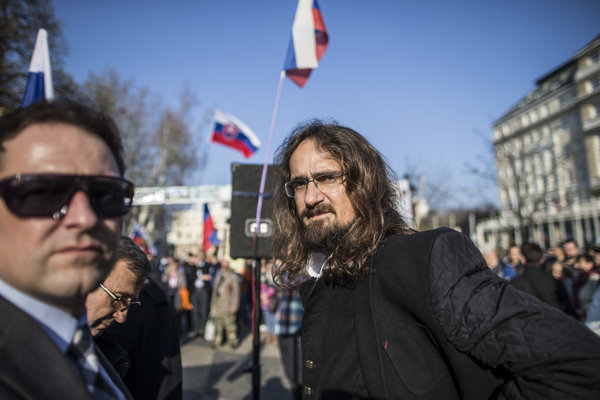 Among all EU countries, Slovakia is the second most vulnerable to Russian propaganda, a recent study found. Only Hungary scored worse.

The study’s authors, from the Globsec Policy Institute think tank, identified several areas where this vulnerability shows, the media environment being one. As if to prove their point, the Faculty of Mass Media Communication at Trnava’s Ss Cyril and Methodius University has invited the editor-in-chief of Zem a Vek, a Slovak-language Russian-propaganda conspiracy magazine, to lecture at a scientific conference. 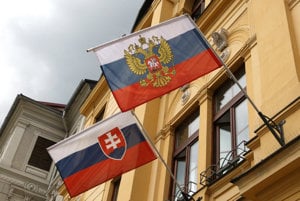 Zem a Vek and its editor-in-chief, Tibor Eliot Rostas, have been working assiduously to spread fake news since before the term even entered the popular lexicon thanks to the numerous demonstrably false statements made by Donald Trump and his surrogates during the American presidential election campaign. Zem a Vek started out peddling good old-fashioned conspiracy theories. Later, we learned about its requests for financing from the Russian Embassy, and saw it parrot fake stories about Ukraine or the American elections, most of them originating from Russian websites.

Rostas’ words could not make it any clearer where he stands on this: he acts as an unapologetic amplifier of the most hateful - and baseless - conspiracy theories.

It is understandable that people with no background in news or media theory might mistake fake news for real news. That is precisely why serious journalists everywhere in the western world, including Slovakia, have come to understand that, in what amounts to an information war, their job is no longer just to report honestly; they also need to employ their professional skills to explain why hoaxes are not to be trusted, and to confront them with facts.

What is much less understandable is when the person unable or unwilling to acknowledge the difference between fake news and real news happens to be the head of one of the country’s media schools, a person with academic qualifications in media theory.

On April 25 and 26, the media faculty of the University of Ss Cyril and Methodius in Trnava holds its annual international conference, Megatrends and Media, in nearby Smolenice. The weekend before the conference took place, the school and its dean caused uproar among journalists and alumni when it announced that Rostas would appear as a panellist in a conference discussion about the future of the media. He was also named as a conference lecturer. 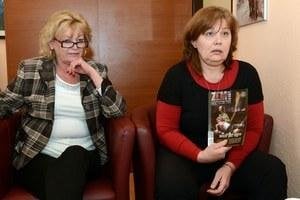 Several legitimate news organisations, including public-service broadcaster RTVS, private broadcaster TV Markíza, and the Sme daily, pulled out of the conference after learning the news.

When journalists, students and graduates of the school vehemently protested on social networks against Rostas’ full participation in the conference, including an individual lecture - and their response really was massive, which is some consolation in this whole disturbing affair - Dean Dana Petranová did not reconsider the decision. Quite the opposite. Instead, she provoked more ridicule with a statement published on the school’s Facebook profile in which she argued in favour of “openness” in scientific research at the faculty.

“We are often the first to open doors also to the unknown, the taboo-afflicted, and to confrontational spaces that very often become a legitimate part of the media scene,” Petranová wrote in her reaction. “These efforts of ours are not always understood by all, and only later are they able to accept the developing reality.”

Speaking like an oracle, Petranová then went on to accuse the “so-called mainstream” of being orthodox, dogmatic and hateful, and trying to put censorship in place like “modern-day inquisitors”.

She concluded by stating that the organising committee does not apply negative selection of participants and instead lets them have their say, followed by a discussion that can be critical and “passionate”.

At this year’s conference, Petranová chairs the section on the future of media education, whose programme also includes points like the significance of the development of critical thinking in a post-truth society, media education in relation to identification and explanation of media propaganda, and extremist and hateful content on the internet and how to work with it in terms of media education.

This is not an isolated incident.The head of the state-run TASR newswire recently signed a contract with the Russian website Sputnik, a notorious fake-news factory. And, on the same day that the media conference starts in Smolenice, the office of the Bishop of Nitra and Comenius University’s Faculty of Roman Catholic Theology are to hold a conference about the life and work of Slovakia’s wartime president, Jozef Tiso, which will feature a controversial historian and Tiso apologist who formerly worked at the Nation’s Memory Institute.

Are these all displays of a lack of judgment, or something worse?

Legitimising a propaganda outfit at a conference about media theory, and putting it on the same level as actual journalistic work, is not a brave step. The deluded and the mendacious are not minorities whose voices deserve to be heard. Giving them a platform alongside legitimate academics and practitioners, and thereby normalising their activities, betrays an ignorance of every sensible debate that journalists have been having since the re-emergence of industrial-scale, state-sponsored propaganda.

It is praiseworthy and advisable to think outside the box, and to look beyond the mainstream. But propaganda is not news, and it should not be glorified as such by those whose job it is to decide what is.

Disclosure: The author studied at the Faculty of Media Communications at the University of Ss Cyril and Methodius in Trnava, which awarded her bachelor’s degree. The author’s bachelor’s thesis was supervised by Dana Petranová before she became dean.