Specialised agencies can better adjust a company’s image, taking into consideration the emotions of a particular end user. 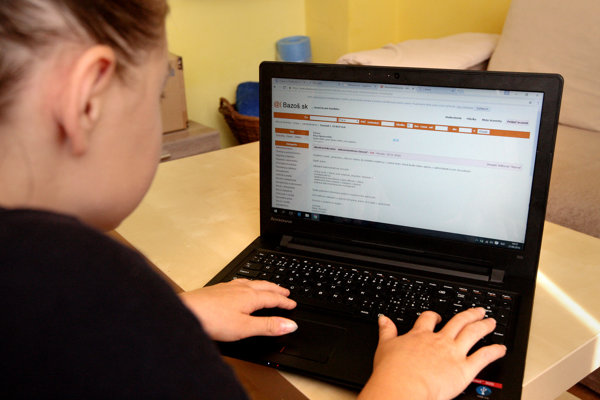 Companies seek to communicate their products and services to the end customer in the most efficient way. Rather than using their own PR departments, the trend is moving towards cooperation with specialised agencies.

“Outsourcing, not only in the field of advertising, presents a standard and mainly effective model of functioning in big companies with a wide spectrum of activities,” said Alexandra Piskunová, the spokesperson of Orange Slovakia.

Traditional media, such as television, radio and print are losing importance in advertising.

“On the other hand, the main emphasis is on online digital communication and integrated campaign that can interconnect online and offline experience,” said Tomáš Grečko, strategist & content specialist at Seesame PR agency.

Specialised agencies can better adjust a company’s image, taking into consideration the emotions of a particular end user. Moreover, a combination of different companies brings diversity into the communication channels.

“The Slovak market is mature enough and hardly anyone who is really concerned about the brand would do it ‘at home’,” said Róbert Slovák, president of the Club of Advertising Agencies of Slovakia (KRAS).

Clients put emphasis on flexibility and up-to-date campaigns, therefore, the agencies use new technologies, blogs and social networks such as Facebook or YouTube.

In terms of advertising, the most frequently outsourced services are complex advertising campaigns, visuals and video creation, or online campaigns, added Slovák, specifying that in PR it is strategic projects such as rebranding or introducing a new product, service, or crisis PR/crisis communication.

Slovák confirmed that the majority of companies are interested in the strategic set up of communication and creativity.

Mobile operator Orange started to cooperate with Neopublic Porter Novelli agency in 2017, after a successful tender.

“Their solution proposals, rich experience, as well as the results of organised campaigns convinced us,” said Piskunová of Orange Slovakia.

The mobile operator expected that the agency would bring a strategic approach to the provision of communication solutions and innovative communication tools that Orange Slovakia hoped would help it in its further communication and preparation of PR campaigns.

“An external agency can also react to ad-hoc situations in a more flexible way, or allocate more people to the project. And when the client does not need the service, due to seasonal factors, he does not have to pay the agency,” explained Slovák.

ZSE Energia, a supplier of electricity and natural gas, has also been cooperating with Neopublic Porter Novelli for five years on a programme that should improve the energy effectiveness of buildings. The PR agency helped ZSE Energia communicate their ideas to the people in the regions by organising lectures and accompanying activities, such as a football match as well as coverage in the media.

Advertising agencies can also help with rebranding and product sales. Zaraguza agency, for example, helped improve the sales of 0.5-litre bottles of Kofola by 47 percent.

“We used a simple joke and supported a refreshing moment,” said Juraj Pobjecký, strategy director of Zaraguza, as cited by the www.kras.sk website.

The advertisement on Kofola was recognised at the Euro Effie 2016 awards in Brussels for the most effective European advertisements.

Wiktor Leo Burnett advertising agency won the national Effie Awards for the most effective marketing communication. They created the advertisement for Zlatý Bažant beer with the reintroduction of the retro bottle and recipe from 1973.

Wiktor Leo Burnett also became the agency of the year 2016, placing ahead of Zaraguza. The winner from 2015, creative agency Made by Vaculik, ended third.

Their portfolio of clients includes Microsoft, Samsung and Tesco. It has also been cooperating with Tatra Banka bank for over 20 years.

“Many years of cooperation have helped us to get to know each other and make Tatra Banka one of the strongest brands on the banking market,” said Peter Mažerik, the communication and strategy director at Tatra Banka.

The bank uses cooperation with external agencies in the majority of their projects.

“It is not within our capacity to cover the communications in house,” he added.

In 2015, Made by Vaculik launched a campaign for Tatra Banka that resolved around the characters from the popular Local TV series. It promoted bank accounts for students and used popular TV characters to appeal to the young generation of potential clients.

The external agency provides the company with know-how, experience and skills from across multiple spheres.

“We expect support in the fulfilment of the nearest sales targets, and also in the long-term development of the brand Tatra Banka and Raiffeisen bank,” said Mažerik.

Engaging an external company has its benefits, but also its drawbacks.

“An external specialist must, of course, understand the specifications of the firm, which requires time,” said Grečko. “On the other hand, consultants who are not directly from the company can enrich the communication of a brand with insight from the target group environment and bring a rational overview.”

Combined with an experienced and guided internal PR team, PR outsourcing can bring interesting results and help with achieving goals.

“The main advantages [of PR outsourcing] are the experience and ideas of the agency that has an outside view, thus it can perceive the things through a different lens,” said Piskunová of Orange Slovakia.

In-house PR departments have the advantage that the people are closer to the product and that they have a deeper knowledge, said Slovák of KRAS. Mažerik of Tatra Banka added that the disadvantages of outsourcing of PR is a higher risk of misunderstanding between the firm and the agency, a higher degree of supervision required and also a higher price.
Grečko of Seesame pointed out that outsourcing does not mean automatic reduction of costs.

“It often results in an increase of the marketing budget, as the company can run campaigns that may not be covered from its own resources,” he said, adding that an effective campaign must have a clearly defined business goal.

Clients hire Seesame at the moment when the task is assigned and strategy of the communications established.

“Our consultants indeed become members of a small team on the level of company management,” said Grečko.