Tourists can use the card throughout the whole Bratislava region. 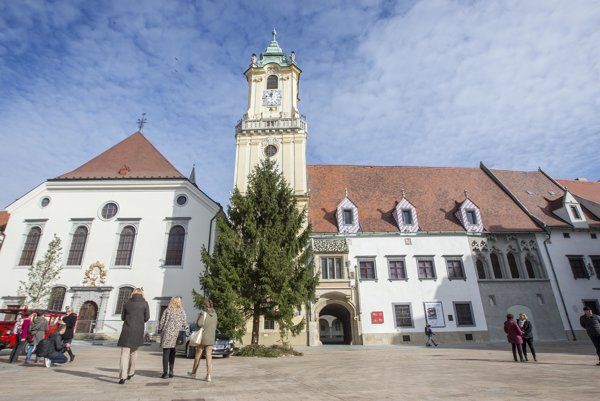 The Bratislava tourist card, Bratislava CARD, has extended its offers for attractions and discounts to the whole Bratislava Region. Local as well as foreign tourists can now use it to enjoy more than 120 discounts, free sightseeing tours of Bratislava in eight languages, free entry to city galleries and museums and free travel via integrated transport across the whole Bratislava region. This is the most extensive offer in the whole history of this card and the aim is to improve offers for tourists and inspire them to stay here longer.

“In this way we are meeting our goal which is to extend the stays of tourists which will positively reflect in a higher collection of taxes on accommodation,” said Bratislava Mayor Ivo Nesrovnal when introducing the new edition of the card for the season 2017/2018 on April 25. 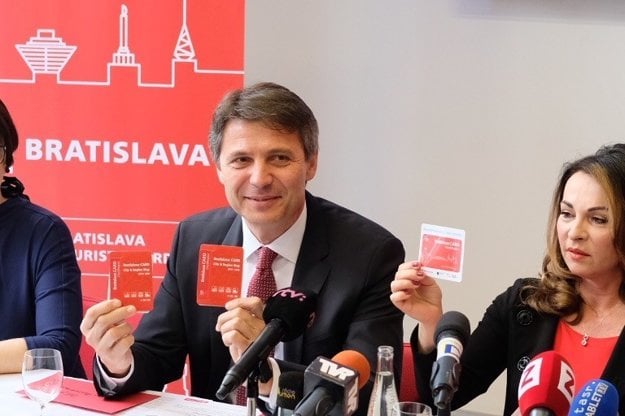 The goal of Bratislava city council, the Bratislava Tourist Board (BTB), the Bratislava Self-governing Region (BSK) and other participating organisations is not only to get people into the capital but also other parts of the Bratislava region, such as Senec, the Small Carpathians mountains or the region of Záhorie.

The Bratislava tourist card has been on the market for 11 years. Last year’s upgraded edition brought a 30-percent increase in sales and an increased interest from possible partners in cooperation. Thanks to this as many as 72 subjects from the public, state and business sectors have created a joint offer for the tourist season of 2017/2018.

This year the Bratislava Self-governing Region also joined the scheme when it extended free public transport for card holders to the whole region.

“Thus tourists can see beautiful and interesting places not only in Bratislava but also in its vicinity,” said BSK governor Pavol Frešo.

The partners also published a map called the Bratislava Card City&Region. It contains transport connections, general information about the region as well as the list of all participating partners.

“This way visitors will have a general overview of destinations and attractions in the region,” said Frešo.

Tourists can buy the card, available in three variants – for one, two or three days costing €15, €17 and €19, respectively – in tourist information centres, some public transport customer centres and the receptions of selected hotels. It is also possible to buy it online via the website www.visitbratislava.com.

In addition, the partners have been preparing a mobile application that will enable not only the purchase of the card, but will serve also as a discount tool.