Slovakia increased spending on development aid in 2016, by 27% 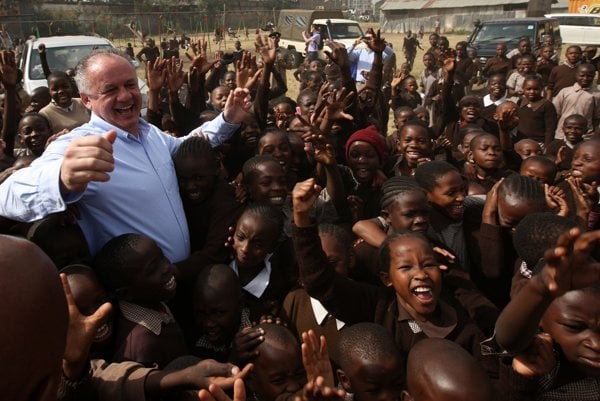 The reason is that Slovakia has increased its contributions to international organisations, the SITA newswire wrote. Among the priority countries, the most resources were directed to Ukraine, Kenya, and Moldova, according to the Foreign Ministry’s Report on Official Development Cooperation for 2016, approved on May 3. As the document further elaborates, the share of development aid of the gross national income amounted to 0.125 percent, while in 2015 it was 0.103 percent. Thus, Slovakia still lags behind in the fulfilment of its targets to which it has committed itself at the level of the European Union. The goal is to achieve a share of official development cooperation on gross national income of 0.33 percent by 2030.

Out of the total sum for development aid, €80.153 million went to multilateral and €19.243 million to bilateral official development aid programmes, the TASR newswire wrote. As for the insufficient fulfilling of pledges, upon joining the EU, Slovakia pledged to spend 0.17 percent of GNI on development aid by 2010 and 0.33 percent by 2015, but in reality the country spent only 0.103 percent of GNI – which stood at almost €80 billion – in 2016. But the other “newer” EU member states are faring no better, however.

If Slovakia wished to maintain the dynamics of the current growth in expenditures, it would have to allocate up to €126 million in development aid in 2017, according to the ministry. The challenge for this year lies in maintaining the extent of involvement of the country in the process of addressing the most urgent global crises, otherwise, Slovakia runs the risk of seeing its GNI share of development aid drop significantly in 2017.

A potential enlargement of the territorial scope of Slovak development aid hinges on the need to allocate more resources to SlovakAid budgeting. “Therefore, mid-way into the implementation of the mid-term strategy we don’t recommend any substantial intervention in the current structure of territorial priorities, which would simultaneously pave the way for ensuring the effectiveness of our developmental interventions,” reads the document elaborated by the ministry.

What has remained without change is the focus on three programme countries; Afghanistan, Kenya and Moldova. Due to recent developments, Syria was included in 2016 on the list of countries with extraordinary humanitarian and development needs, TASR wrote.