Slovakia and Hungary in EU court over migrant quotas

Represenattives of these two ocuntries were asked to explain why their governments decided to sue the Council of the European Union for its decision. 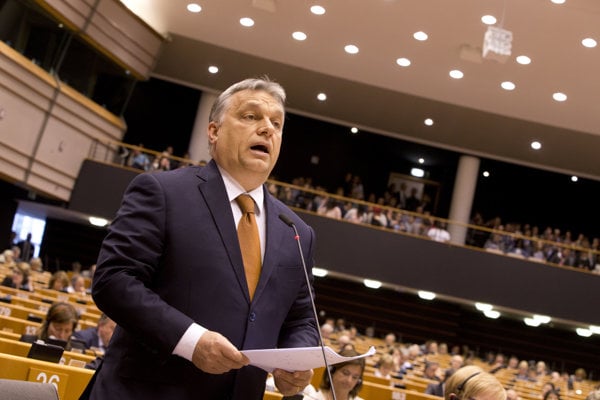 The judges of the European Union Court of Justice invited representatives from the Slovak Republic and Hungary for a hearing on May 10, the TASR newswire wrote.

Back in September 2015, the Council of the EU decided to reallocate 120,000 migrants from Greece and Italy based on national quotas. The Slovak government was the first to file a lawsuit against the migrant quotas on December 2, 2015 and the Hungarian government followed suit a day later. Hungary and Slovakia voted against the quotas in September 2015, similar to the Czech Republic and Romania. Finland refrained from the voting.

The hearing for the court case started at 9:00 am but the court did not issue its ruling on the same day. Sources close to the court informed TASR that the Advocate General at the ECJ, Yves Bot, will elaborate his position on both lawsuits in the upcoming months. The verdict itself is expected to be issued by the end of this year.

Visegrad is against quotas

A representative from Slovakia presented the country's arguments first, followed by a representative from Hungary. A Polish representative was given time to present arguments in favour of Slovakia and Hungary, too, although Poland had voted for migrant quotas in September, 2015. However, Warsaw later took the side of its partners from the Visegrad Group (Slovakia, the Czech Republic, Hungary and Poland) in this lawsuit.

The Slovak and Hungarian officials representing their countries at the EU court stressed that they find the Council of the EU’s decision rather political, as it was not achieved unanimously, but only by a qualified majority. The Slovak delegation labelled this decision “inadequate and inefficient”. Both the Slovak and Hungarian delegations pointed to the fact that the target that the EU followed by asserting national quotas failed to address the core of the refugee crisis and could have been achieved in a different way, for example by better protecting the EU’s external border or with a more efficient return policy in case of migrants who fail to meet the criteria for being granted asylum. The two countries also used the argument that only 18,900 from the originally intended 120,000 asylum seekers have been reallocated by May 5 of this year.

The Council’s position is that the decision on quotas for 120,000 refugees was adequate to the then situation with Greece and Italy facing an unprecedented flow of illegal migrants.