Analysts: inflation slowed down in April, expected to accelerate in May

Expectations for inflation rates have lowered, after the first quarter of 2017. 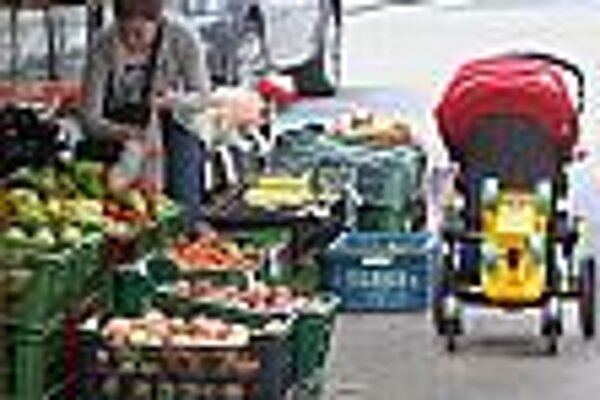 In the month-on-month comparison, core inflation had an impact on the total inflation by 0.14 percentage points (p.p.), with total inflation being affected by regulated prices by -0.01 p.p. and not impacted at all by indirect taxes.

Core inflation was affected by food prices by 0.04 p.p., while net inflation had an impact on core inflation by 0.10 p.p, the Slovak Statistics Office (ŠÚ) wrote on May 15.

As expected, inflation slowed down in April, while it is expected to return to a trajectory of gradual acceleration in May, Ľubomír Koršňák – analyst of the UniCredit bank – commented. The dynamics of y-o-y growth of consumer prices decelerated mainly due to a weakening basic effect for the prices of fuels (moderation of y-o-y- growth, as oil prices started to increase from the bottom since spring 2016, while recovering gradually) and declining prices of alcoholic drinks, as well as slower growth in regulated prices of tobacco.

In April, the dynamics of y-o-y growth of demand inflation slowed down slightly – the index of prices of tradable goods and market services, according to Koršňák. Food prices kept their stable dynamic of y-o-y growth in April.

Thus, inflation in Slovakia returned to positive figures after three years at the beginning of 2017; but it remains dampened, in accordance with expectations, and thus, it has not been hampering growth of domestic consumption so far, which is strongly supported by a strong labour market. However, the growing domestic demand should also be reflected in inflation rates in the course of this year, and be demonstrated in a gradual speeding-up of demand inflation which could attack the cap of 2 percent by the end of 2017.

Inflation probably hit its temporary low in April, Koršňák wrote on May 15; frorm the next month, it is foreseen to return to the trajectory of a very mild acceleration. In May and June, mostly thanks to weakening basic effect in prices of fuels, by July the effect of last year’s reduction of gas prices will lose impact. However, demand inflation – under influence of growing household domestic demand – should gradually start accelerating inflation - all boosted by a strong labour market.

Unlike the last few years, the recovering consumption demand is not subdued by the secondary effects of decreasing energy prices which absorbed part of demand pressure on prices in the past.

Still, the acceleration of inflation is expected to be only gentle and gradual, according to Koršňák, and Slovakia will come close to the inflation goal of ECB – 2 percent – only very slowly.

The last two months have mildly lowered expectations of the future development of inflation, Tibor Lörincz, economic analyst of Tatra Banka wrote, adding that while the beginning of 2017 suggested that inflation could break the limit of 1.5 percent by summer, now it is estimated closely below this cap. The estimated average for 2017 remains without change, closely above one percent year-on-year, according to him.

The bad news is that a large portion of inflation has been caused by growing energy prices. Inflation cleared of energy and food prices – as followed by the ECB – amounted to 1.2 percent.

Consumer inflation should be past deceleration now. In the next months, it should speed up in monthly comparison and in summer, it is expected to stabilise, Lörincz wrote. Despite this, y-o-y inflation shall accelerate mildly, as a result of basic effects.