Bugár: If we wanted to read any letters you wouldn't even know they had been opened

The affair has led to increased tensions. 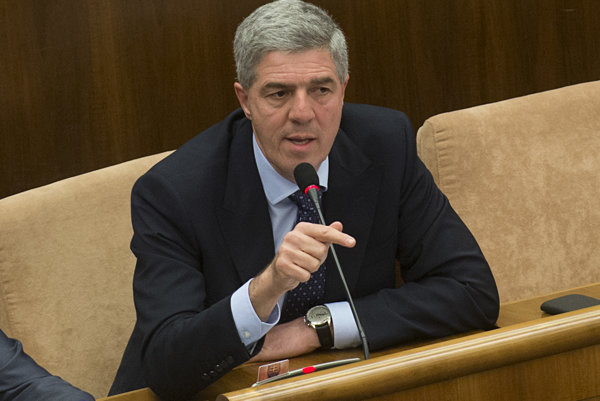 If anybody claims that letters addressed to members of parliament have been read, he is nothing but a liar, said Béla Bugár, Deputy Speaker of Parliament and leader of the ruling coalition party Most-Híd during a discussion programme, ‘V politike’ (In Politics) on the TA3 news channel on May 14.

“If we wanted to read any letters, methods are available to us that would mean that you wouldn’t even realise that the letters had been opened, so let’s not be silly,” said Bugár, ruling out that anything like this has actually happened.

Bugár said that the criticism concerning the opening of letters for MPs results from the fact that the opposition is making life hell for the coalition, as it promised to do.

“Very bad tensions are being created here, as if everything that the governing coalition is doing was bad,” he said.

The deputy speaker of parliament declined to predict whether the issue of opposition MP Igor Matovič’s (OĽaNO-NOVA) mandate will be discussed in parliament in June.

“The question is whether we will raise the issue at all, we will see,” said Bugár. “Nevertheless, I do not think that it makes any sense to deal with Mr Matovič.”

Bugár is of the opinion that Matovič is paying for his own style of politics, with the hatred that he has spread returning to him now like a boomerang. He does not find Matovičs decision to stop attending parliamentary sessions after receiving death threats from an unknown man to be a solution to the situation.

“It is not a solution to weaken the opposition by not going to work,” said Bugár.