Another fatal crash for Interior Ministry

A week after a helicopter crash, an accident involving a ministry car coming back from the funeral claimed another life. 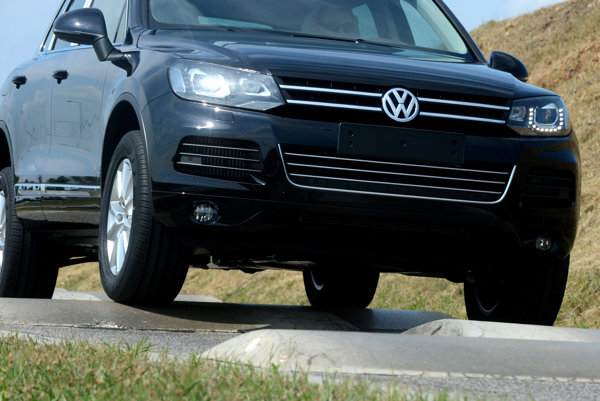 A car belonging to the Interior Ministry crashed on the D1 highway between Štrba and Važec on May 16 around 18:00. In this accident, a 24-year old female employee died in the ministerial car driving three people. The cause of the accident is not yet known. The Volkswagen Touareg involved was driven by a police officer, and therefore the Interior Ministry’s inspection is investigating the crash.

Employees of the Interior Ministry were returning from a business trip during which they attended the burial of two fire-fighters who died in the helicopter crash in Prešov a week ago, the Pravda daily wrote. The victim of the car crash was authorised to oversee a project of a furniture-producing workshop in Krompachy, ministry spokesperson Andrea Dobiášová told the daily.

The car left the highway, broke a fence and ended in a ditch. The victim sat in the back seat and was probably not fastened with a seatbelt. She was taken to hospital in Poprad seriously injured; there, she died of her injuries. The other two ministry employees are injured but stable – they suffered fractures. The fire-fighters who were also returning from the funeral of their colleagues found debris of the car as far as 150 metres away.

Interior Minister Robert Kaliňák said a car accident occurred on the way back from a business trip – which claimed one young and perspective life, adding that he was very sorry for that. He suggested, as also informed by experts, that it was rainy and the road was wet which may have been one of the causes of the tragedy. Road traffic analyst Jozef Drahovský opines that the wet road and a skid were the joint cause.