The Slovak capital Bratislava intends to attract tourists with a new campaign based on personalities that have historical ties with the city, such as Maria Theresa, Albert Einstein and Pope John Paul II. 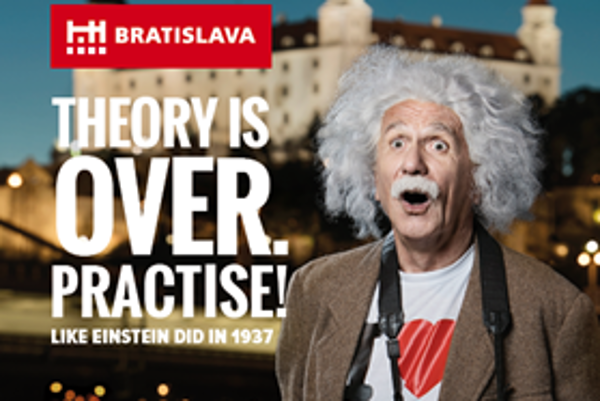 A new campaign to promote Bratislava will be launched in the next few days in neighbouring countries, as well as in Germany and Great Britain, the TASR newswire learnt from the Bratislava Tourist Board executive director Alžbeta Melicharová on May 17. 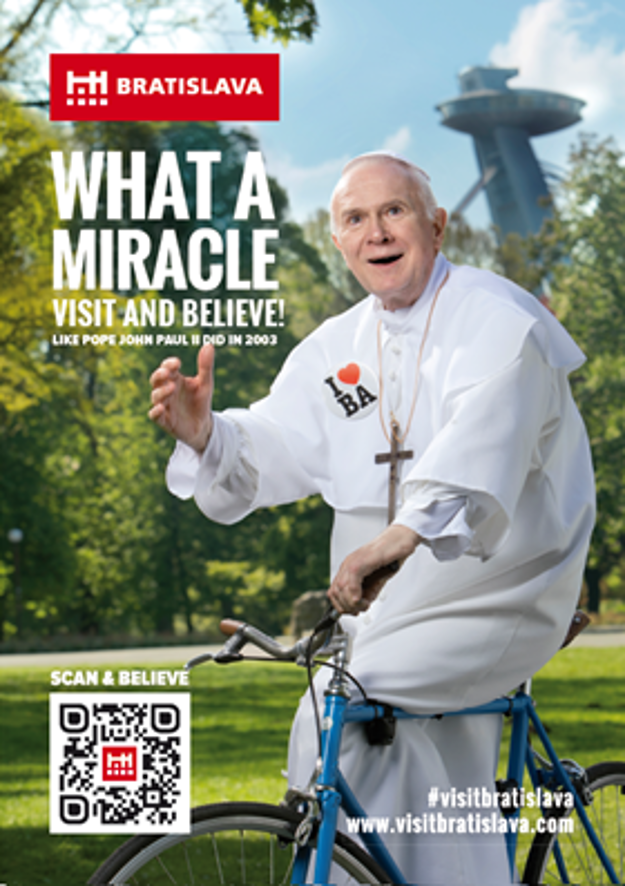 “Bratislava needs strong promotion,” Melicharová said. “We were searching for the right form and decided to do so via these world-known personalities.”

The campaign will be launched on social networks and at underground stations, airports and important international bus and rail hubs.

The board wants to communicate historical monuments, design and smart solutions that are important to the Slovak capital through people such as Albert Einstein. Maria Theresa was crowned in Bratislava 276 years ago. Pope John Paul II, who visited Bratislava a couple of times, will represent the proximity of Bratislava and its residents to the spirit of nature, coherence and sport, which unite people and create unrepeatable moments, Melicharová opined, as cited by TASR. 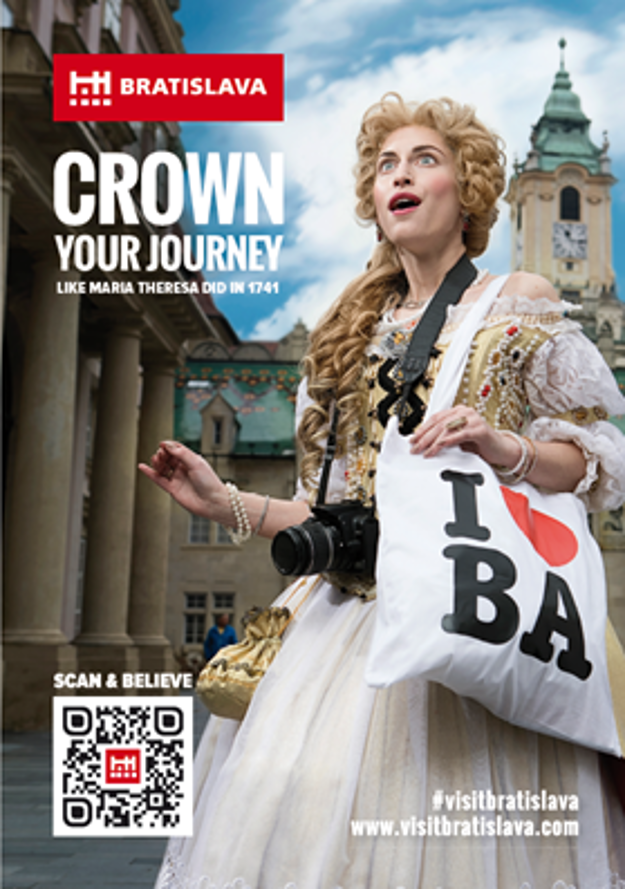 ... and Maria Theresa (Source: Courtesy of Bratislava Tourist Board)

Bratislava’s annual coronation ceremony, at which the coronations of kings and queens of the Kingdom of Hungary are re-enacted, should be boosted into more of a tourist attraction, showing that the Slovak capital is proud of its rich history.

Over 1.2 million tourists visited Bratislava in 2016, an increase of over 15 percent from the previous year, when the one million limit was exceeded for the first time. “We want to outdo these figures,” Bratislava mayor Ivo Nesrovnal told media. “The first estimates indicate that we might succeed. This is thanks to the fact that Bratislava makes investments in cleaning, restoring monuments and reconstructing roads, so that tourists won’t come here just for a few hours but will spend a longer time here and then return.”