An oak of Napoleonic legend was replanted, part of a commemoration spanning several days. 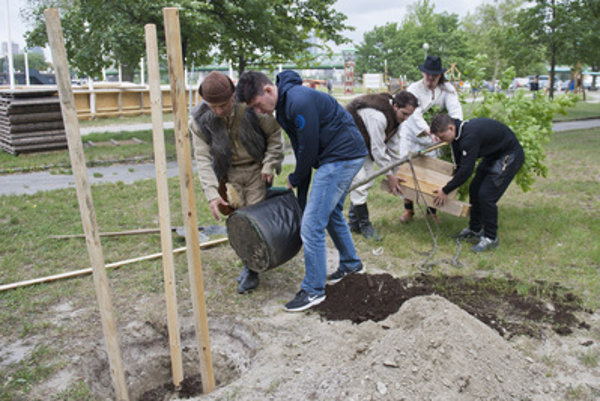 According to legend, Napoleon sat under a huge oak on August 31, 1809 looking at the city of Bratislava. As it does not stand there anymore, a new tree, called Napoleon’s oak, was planted on the same site on May 20, 2017.

“Napoleon was here on his secret trip, looking at how he could conquer Bratislava," initiator of the whole project, deputy Bratislava mayor Iveta Plšeková, told the TASR newswire. “Fights took place here which we commemorate even today,” she added.

She planted the tree together with the Governor of Bratislava Region BSK, Pavol Frešo, and the representative of the French Embassy to Slovakia. Soldiers in period costumes and a gun salvo were also part of the ceremony. 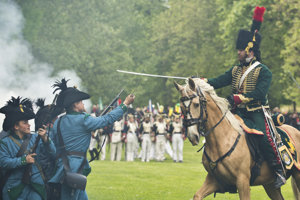 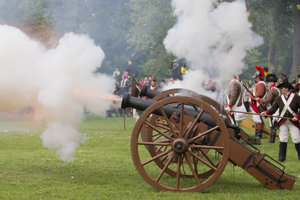 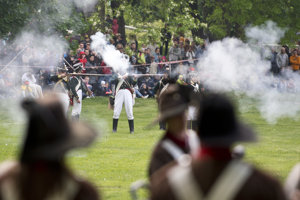 The huge tree stood in the Tyršovo Embankment still in the last century. It is hard to find out for sure whether Napoleon really was here, Plšeková noted, added that the legend has survived until these days. “The oak used to stand here, several centuries old,” she told TASR. “In the 20th century, it was girded with iron rings as it was already rotten inside. However, it is not here anymore, and thus the city council decided, together with the BSK, to bring back the symbolic – to plant a tree again, an oak as a symbol of loyalty and victory.”

Plšeková believes that it will grow into a big tree that will commemorate this piece of history for Bratislava inhabitants and visitors.

Also on May 20, Bratislava commemorated the year 1809, when it was besieged by Napoleon’s armies. Thus, in the Sad Janka Kráľa city park, a several-day re-enactment of historical fights, army camps, cannon bombardment and the re-enactment of the battle for Bratislava took place on the weekend of May 19-21.