Justice Ministry counted around 3.6 million outstanding distrainments in the Slovak courts at the end of 2016. 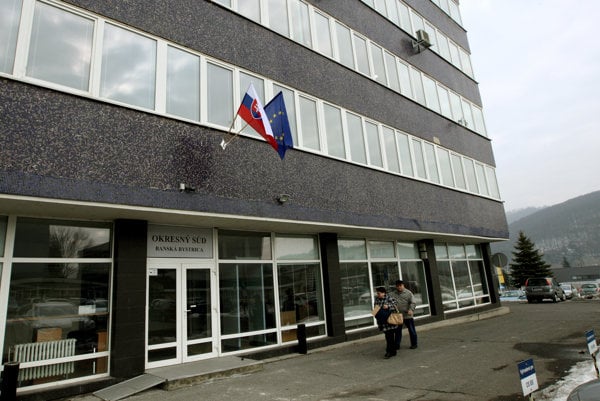 The District Court in Banská Bystrica handles all the paperwork linked to executions in Slovakia. (Source: Sme)
Font size:A-|A+

Until recently, Slovak legislation allowed those claiming debt recovery to select a specific distrainor, which led to low efficiency and millions of outstanding distrainment proceedings. Such cases should no longer arise.

As of April 2017, the new amendment of the execution legislation is in effect, aiming to streamline recovery for lenders, protect debtors’s rights more adequately, unburden courts of several administration acts, and allow for completion of several processes via electronic means.

Though the Justice Ministry hopes that the amendment will make the execution procedure more efficient, lawyers point to the negative aspect of further intervention into the law – changed a few dozen times – instead of the creation of new legislation.

“It’s the desire for change and improvement of law enforcement in Slovakia in the absence of a comprehensive solution to the problem,” Alexandra Kotrecová of the Faculty of Law at Comenius University told The Slovak Spectator.

Kotrecová added that the way to improve proceedings would be through adoption of an entirely new execution act built on the real pillars of modern legislation used elsewhere in the world.

The amendment to the Execution Act that the Slovak government also promised in its programme statement, binds all distrainment proceedings to the District Court in Banská Bystrica, introduces e-communication between the court and court executors, and introduces random selection of the executors with uniform allocation of proceedings in regional courts.

In addition, the law allows: postponement of proceedings for social reasons and to stop them if the executor fails to detect apprehensible assets over five years for a natural person and two and a half years for a legal person; limits the remuneration for the court executor; and determines the flat-rate execution cost. Court executors will not have to prove every postal fee, envelope and paper in the so-called flat-rate payments, said Stanislava Kolesárová of the Slovak Chamber of Executors (SKE).

“Debtors will know the costs of execution in advance,” Kolesárová told The Slovak Spectator.

Meanwhile, all execution offices must join all SKE e-communication projects including connections with the social security provider Sociálna Poisťovňa, banks, courts, the Cadastral Portal and the Central Register of Executions, and maintain reports about recoveries, said Alexander Rakovský, adviser to the director’s office of the Centre for Legal Aid.

The amendment tries to make the system of executions more efficient with measures aiming at the interruption of the links between lenders and court executors. However, in smaller towns the possibility of links between the court and obligatory executors still arises, said Kotrecová. 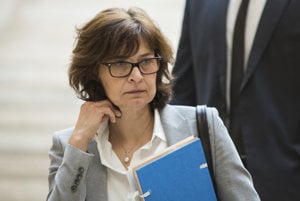 Pala sees that the system benefits mainly from the random selection. While the selection of judges is already a random process, distrainors should pass through the same form of selection. Hence a large number of claims from one lender should not influence a distrainor’s actions, said Pala.

“The territorial principle can contribute to efficiency as a selected distrainor will be geographically closer to the debtor, thus his actions will be less expensive,” Pala told The Slovak Spectator.

The transfer of several execution courts’ competences to court executors should boost the dynamics of the proceedings, according to lawyers.

The law strengthens small lenders’ rights and protection, including rescheduling and deferral of their proceedings, said Kotrecová. The problem of old proceedings, however, remains unsolved.

At the end of 2016, when the government approved the amendment, Justice Minister Lucia Žitňanská pointed to about 3.6 million outstanding distrainment files at the Slovak courts. The changes within the amendment, however, belong only to new cases initiated in April and later. This means that the proceedings initiated prior to March 31 still respect the jurisdiction of the district courts and court executors whom the eligible lenders chose.

“The amendment creates a dual regime of executions in Slovakia,” Kotrecová said.

The initial phase comes with the risk that more complex proceedings go to executors still handling many old executions in the previous setting or not having sufficient skills for their successful and quick completion, said Pala. The law may also have an impact on the current natural competitiveness.

“There is, however, a question whether the competition did not have a negative impact as regards the motivation of lenders in their choice of executors,” Pala said.

In addition, Pala pointed out that after the amendment some lenders may experience a decline in the quality of recovery of their claims. There are mainly institutional lenders who so far have relied on the quick and forcible services of executors motivated by the long-term commercially interesting relationships, he said.

Changes in the act have raised interest abroad. Czech executors seek to find inspiration in the new rules in Slovakia, mainly the territorial principle, although the country has not tested their impacts yet, said Peter Bubla, spokesperson of the Slovak Justice Ministry.

“The problems of the distrainment system in Slovakia and the Czech Republic are very similar,” Bubla told the HNonline.sk website.

However, the Czech Chamber of Executors, which would like to see changes in the Czech Republic, currently does not have the support of the country’s justice ministry, HNonline.sk reported.

Today, the number of distraint proceedings in Slovakia significantly impacts pensioners who did not pay their debts during their working life and whose pensions replace their previous wages. While in 2014, roughly every 48th pensioner came into contact with an executor, in 2016 it was every 41st, the Pravda daily reported.

If the debtors do not have any assets during the five-year proceedings, they do not underlie collection up until their retirement. Though a pension is subject to distrainment, the living wage and the one-third system of discounts limit the final sum, according to Pala. 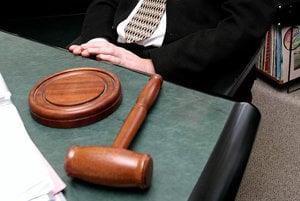 Read also: Register of distrainments will be available to public Read more

However, Rakovský pointed out that the law does not in any way prefer pensioners before other debtors as the amendment changed the rules for all debtors, lenders and executors.

The current version of the Slovak Execution Act still lacks an effective tool in the non-cash debt cases to force debtors to meet their obligations, said Pala. The maximum penalty for failure to comply with the execution is €30,000.

“In many cases it is such a low amount that the failure to fulfil obligations is very worthwhile for the debtor,” Pala said.

The reduction of the administrative complexity of a distrainor's work would certainly improve law enforcement, according to Kolesárová.

However, the best situation would arise with lenders avoiding distrainments by themselves through critical consideration of all the persons with who. they sign business and contractual relationships, Pala said.