UNESCO and WWF concerned about protection of Primeval Beech Forests

The Slovak ministry response says that the protection of the area is one of its priorities. 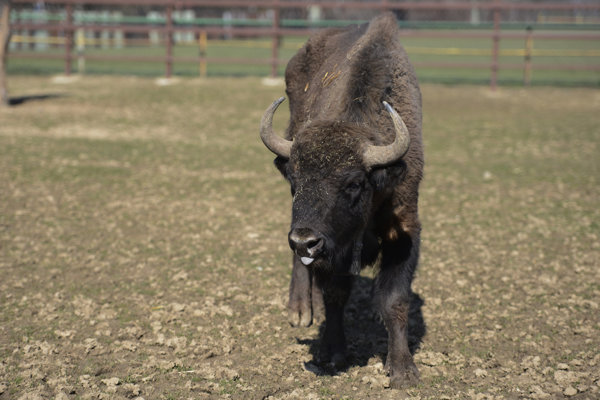 The Primeval Beech Forests of the Carpathians and the Ancient Beech Forests of Germany, the area spanning Slovakia, Germany and Ukraine, are in danger. The United Nations Educational, Scientific and Cultural Organisation (UNESCO) is concerned particularly by the insufficient protection offered to the Slovak part of the territory that is part of the world heritage.

The World Wildlife Fund (WWF) has urged the Slovak government to adopt measures to improve the protection of the area, as it informed on its website.

The UNESCO World Heritage Committee’s draft decision, published on May 19, highlighted that the Slovak part of the transboundary World Heritage Site “continues to be threatened by logging, despite the efforts of government targeting to strengthen the management of the park”.

“The Primeval Beech Forests of the Carpathians represent outstanding natural values in the Slovak but also global context,” said Miroslava Plassmann, director of WWF in Slovakia, as quoted on the website. “There is a risk that we may lose these valuable old-growth forests and many rare and protected species inhabiting the area. It is time for the Slovak government to show political responsibility to safeguard the area for the benefit of nature and people.”

WWF Slovakia urged the government to take strong action towards the protection of the UNESCO site. The problems include inaccuracies in the designation documents, the lack of communication with landowners and land users, as well as incoherence between nature conservation and forestry legislation. These have resulted in long-lasting conflicts in the Slovak part of the site, according to WWF Slovakia.

Slovakia’s Environment Ministry responded to the call by saying that keeping the area on the UNESCO World Heritage List, where it was inscribed in 2007, is one of its priorities.

For this purpose it has already established the management committee which regularly communicates with UNESCO representatives, reads the ministry’s statement, as reported by the TASR newswire.

In this respect, the ministry’s spokesperson Tomáš Ferenčák pointed to the recent international conference held in Bardejov.

“The cooperation of several ministries, regional and local self-governments, business communities and the civil sector is necessary to set a long-term strategy that would define clear and fixed rules for sustainable development of the Carpathian region too,” reads the official statement, as quoted by TASR.

The ministry does not support any development project that would be at odds with the protection of the area, it stressed.

The Slovak part of the Primeval Beech Forests of the Carpathians and the Ancient Beech Forests of Germany includes unique 200 year old beech trees and clusters of silver fir that are more than 300 years old and are home to grey wolves, European bisons, brown bears and lynx, according to the WWF website.