What chances does the country have at winning the seat of the prestigious European Medicines Agency that needs to relocate from London? 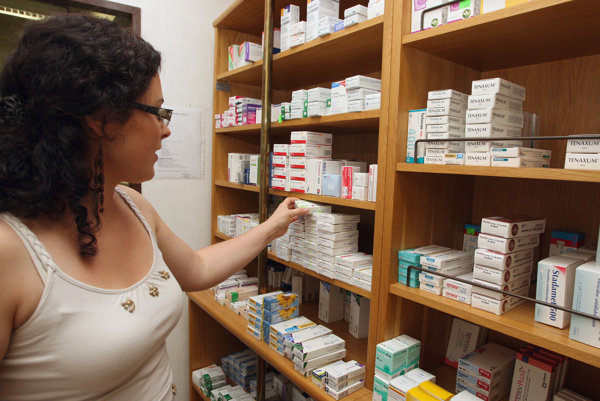 Slovakia is seeking to host a European Union agency, the very first to potentially reside on its territory. The competition, however, is strong and even the argument that those countries not hosting such institutions should be preferred may not help it.

The outcome of the Brexit referendum did not only open the question of what the status of the United Kingdom after 2019 will be, but also where two EU institutions currently residing in London should relocate: the European Medicines Agency (EMA) and the European Banking Agency (EBA).

Slovakia is interested in gaining the former, and it officially announced its candidacy in late April. Yet it will have to compete with several other member states that have shown an interest in hosting the agency.

The public-service broadcaster RTVS meanwhile reported that EMA might move to Strasbourg, to the premises currently occupied by the European Parliament. Such a step aims at saving money that is spent every month on moving the sessions between its two current seats.

The plan, however, is still only speculation, as Strasbourg has not officially announced its candidacy yet, says Radovan Geist, analyst with the EurActiv.sk website.

“Since there is an interest in solving the relocation as soon as possible, the cities/countries that have already announced their candidacy are in the advantage,” Geist told The Slovak Spectator.

EMA is a decentralised EU agency that began operating back in 1995. It is responsible for the scientific evaluation, supervision and safety monitoring of medicines developed by pharmaceutical companies for use in the EU. It currently employs some 900 people, mostly highly-qualified experts from across Europe.

The prime ministers and presidents of the EU countries will discuss the procedure of relocating the agency at a June summit, while the final decision is expected to be made in September, the TASR newswire reported.

Slovakia’s Foreign Affairs Ministry claims Bratislava meets all the conditions to host EMA, mostly due to its location and connection to other European cities.

Moreover, both the operating and living costs in Slovakia are lower than in the UK, said Health Ministry spokesperson Zuzana Eliášová.

“A very big advantage is that Slovakia is a peaceful and safe country which offers high quality standards of living with acceptable living costs,” Eliášová told The Slovak Spectator.

Additionally, the country is one of only five member states that do not host any EU agency. Except for it, this includes Bulgaria, Cyprus, Croatia and Romania.

“Of these countries, Slovakia is evaluated as the economically strongest state with a favourable and safe geographical position,” Eliášová said.

The ministry says that following previous statements, the countries without any agency should be preferred. EMA, however, has already claimed it would prefer a country with certain experiences, said Health Minister Tomáš Drucker, as reported by TASR.

Bratislava, however, is not the only central European city fighting for EMA, as also Vienna has shown an interest. The city offers “world-class life science research, companies and top international academic institutions in the fields that provide the talent needed for EMA to thrive”, said Petra Distl of the Viennese Chamber of Commerce.

She also highlighted the connectivity and infrastructure of the Austrian capital, as well as accommodation capacities for EMA delegates and experts.

If Strasbourg decided to run after all, it would be a strong candidate, though, Geist admitted.

Moving EMA to Strasbourg might be considered a barter, according to RTVS. Currently, MEPs meet there for four days a month. The annual costs for moving the personnel, the deputy assistants and technology amount to some €114 million. As a result, MEPs call for establishing only one seat in Brussels to save costs. The efforts, however, have been blocked by France, RTVS informed.

Geist, however, says that Barcelona, which came after London back in 1995 when the seat was selected, is a more serious rival than Bratislava.

“It is a metropolis with an international, multicultural environment which can provide good cultural and social background to the employees of a big European agency,” he said.

The Spanish city, however, may lose points due to political instability and the future position of Catalonia in Spain, Geist added.

Winning the seat of EMA would strengthen the position of the Slovak health-care sector on the international level. It could also result in creating new jobs, as well as better opportunities for universities and researchers, and improving contacts abroad, Eliášová said.

The potential relocation of EMA would have no impact on the work of the State Institute for Drug Control (ŠÚKL), Slovakia’s national medicines agency, as both of them have their own agenda.

Moreover, ŠÚKL has been actively cooperating with EMA for years. Even in case of the relocation, this collaboration would continue, its spokesperson Diana Madarászová told The Slovak Spectator.

Hosting such a big agency as EMA is demanding, however. Since with the agency a big number of its foreign employees and their families come, it is necessary not only to offer sufficient infrastructure, but also a social and cultural environment, Geist said.

“When deciding on the future seat of the agency it is also important whether the hosting city/country meets certain specific conditions regarding the agency’s area of interest,” he added.

Thus, it is not very probable Slovakia would win the seat if it fought for the EBA which also needs to relocate from London. In the case of other agencies that may be founded in the future, the situation is unclear.

“In any case, there are still several EU countries which, similarly to Slovakia, do not host any EU agency,” Geist said.