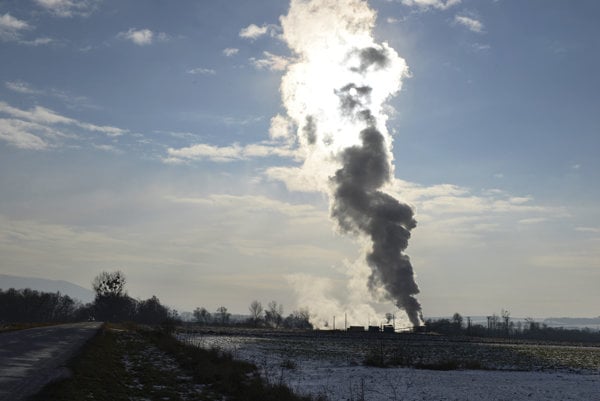 The Centre for the Use of Geothermal Energy was ceremonially opened in Veľky Meder (Trnava Region), making it the fourth town in Slovakia to use thermal energy for public heating.

A 2,450-metre deep bore releasing water with a temperature reaching 93 degrees Celsius provides heating for 1,300 flats, a school, a kindergarten and a cultural centre in the town.

“As environment minister I am extremely pleased to see a project that combines the use of natural energy for heating and at the same time something that does not burden our environment,” said Sólymos as cited by the TASR newswire. “When we add energy efficiency to that we can see a unique combination, that other towns in Slovakia will envy, in Veľký Meder as of today.”

In the minister’s opinion, Slovakia does not sufficiently use its natural wealth in a modern and ecological way. 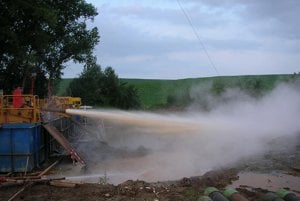 “As long as we all follow the principle that development must go hand in hand with the sensitive use of natural resources, we will be all right for many years not only in terms of means of living but we will also have a pleasant environment and we will leave a piece of nature to other generations as well,” said Sólymos.

Lojkovič noted that the town took out a loan worth €3.7 million for the project, while the drilling work lasted 35 days and ran 24 hours a day.

“As many as 99 percent of the inhabitants have a positive stance on this investment,” he said, adding that the return on the investment is expected in 10-15 years.

The saving of gas and electricity as well as the fact that it does not pollute the environment are among the most important features of the project, stated the mayor.

Preparatory work for the project began last February and the drilling work was completed by Slovenian experts last May. Afterwards needed infrastructure was built. It started to heat the town using the thermal water last October.

In 2018 it plans to join the town offices and other schools to the thermal water system. In the future, geothermal energy should provide heating for the entire town.

Veľký Meder has not increased heating prices but on the contrary, intends to lower them over the next 10 years.