Europeans often do not realise the successes of the EU 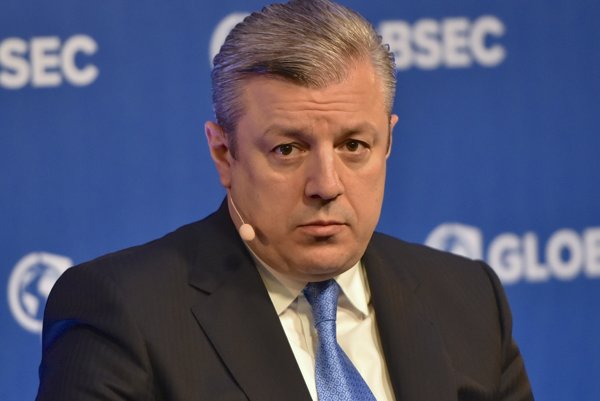 The unquestionable highlight of GLOBSEC 2017 focusing on adaptation to the future was a speech delivered by David Roberts, the former Vice-President of the Singularity University in San Francisco. He joined the GLOBSEC community for the first time and delivered a ground-breaking speech dedicated to the phenomenon of disruption exclusively for audience present at the Forum.

Recently, the term “disruption“ has become the buzzword of the technology community but is increasingly penetrating into other spheres as well. In essence, its purpose focuses on rendering the old paradigms obsolete and coming up with never before seen ideas that shake up everything we have known so far. As an award-winning CEO and serial entrepreneur, David knows that the culture of risk and failure typical for start-up community is crucial for breeding such disruption. Moreover, the bond between various industries frequently causes transformation in unrelated domains often as unintended but welcome side effect.

Are disruptive technologies disrupting our governance too? What are the parallels between technological, political and social disruption? How can politicians draw inspiration from innovators? These and other questions were at the core of David’s talk at GLOBSEC in Bratislava concluding the inspiring discussions within the GLOBSEC Future topics taking place over the weekend.

Eastern Neighbourhood 2017: Times of Turmoil Ahead?

The first panel debate of the conference’s last day was led by Brian Whitmore as he welcomed Prime Minister Kvirikashvili, foreign ministers Rivnkievics of Latvia and Klimkin of Ukraine, Andrea Thompson, the national security advisor to VP Pence and Vyacheslav Nikonov.

Minister Klimkin stressed that the term neighbourhood is outlived today. We need to stop talking about neighbourhood and about the division that does not exist.

Rinkievics advised his colleagues on strategic patience, tells them to keep promises and deliver and not to blame Brussels for their own failures.

Vyacheslav Nikonov remarked that Russia does not have a problem with EU extending hand to its eastern partners. He went on to point to the mistakes made after the Cold War talking about the geographic asymmetry – when talking about Europe, Russia was excluded.

Nikonov said it was Russia’s decision to make its neighbours sovereign. Russia is not interested in joining EU nor NATO, as they do not want to give up on their sovereignty, Nikonov noted.

Minister Klimkin doesn’t believe the Russian model is unsustainable in the long run.

Andrea Thompson stated Georgia and Ukraine and their sovereignty are definitely on the list of Trump administration’s priorities.

Brian Whitmore focused on so-called grand bargain and scenario called “Yalta 2.0“ asking Andrea Thompson whether there could be any such bargain happening. Thompson strongly disagreed with this notion and stressed that territorial integrity of Georgia and Ukraine must be restored and the decision to join NATO or EU is their own sovereign right.

Minister Rinkevics reinforced the point that while geography is important, values are truly crucial to understand what integrated Europe stands for.

“Europeans often do not realise the successes of the European Union,” Prime Minister Giorgi Kvirikashvili said.

Minister Klimkin said they disagree with Russia on everything, including, apparently, sovereignty. Thompson challenged the title of the panel and suggested “Time of Opportunity”, expressing her optimism looking into the future of the region.

Andrea Thompson reacted to question on diffenrence between messaging of VP Pence and the President:

“Dialogue is about talking to each other. But any American official talking to Russians gets fired,” said Vyacheslav Nikonov.

The text was originally published as part of the daily summaries from the GLOBSEC 2017 Bratislava Forum.