The shutdown of the Schneider meat-processing plant in the Czech city of Pilsen will leave 230 people jobless. Production is slated to be moved outside the Czech Republic. 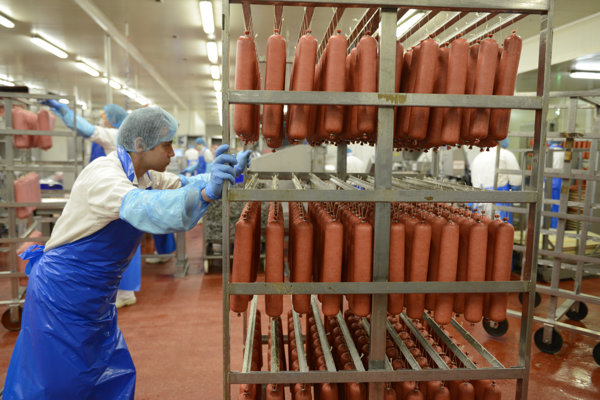 The Slovak investment group Penta bought the meat company in 2012 but it has never made it out of the red. Mäsokombinát Plzeň, the Meat-processing Plant in Pilsen, is renowned in the Czech Republic, mostly thanks to the Schneider brand. In three months, production will end.

By August 31, all production will be stopped and 230 employees will get notice, the Sme daily wrote on May 30.

Thus, another famous meat-producing brand will cease to exist in Pilsen after merely two years. In 2015, the local Zeman meat plant moved its production to the central-Bohemian town of Příbram.

However, Schneider meat products will continue to be sold there – only production will be moved abroad.

“Schneider products will remain strongly represented on the Czech market,” statutory representative of the plant, Ladislav Čechovič, told the Plzenský denník daily. “The closing down of the meat factory will enable us to make production more effective and be ultimately more flexible in fulfilling clients’ requirements.“

In the Czech Republic, Schneider is under heavy pressure form its rival brand, Kostelecké uzeniny, which belongs to the Agrofert group owned by the Czech tycoon Andrej Babiš.

The Pilsen plant has been making a loss every year since 2012, although technically, it is profitable. According to 2015 data, profit from the previous period has been accumulated by the company to the sum of CZK461 million (€5,710,000).

Mäsokombinát Plzeň belongs to the Carnibona group, through which Penta associates has investments in the meat-processing industry. Apart from the Pilsen plant, Penta also owns the Mecom company with a plant in the eastern/central-Slovak towns of Humenné and Lučenec, and the Hungarian brand Kaiser Food with production factories in Solnok and Békescsaba.

Mecom – the biggest meat-processing trust in Slovakia with 800 employees – also presented Penta with a struggle. In the long term, the company ran at a loss, Sme wrote, and the revenues have only been increasing in the past four years, amounting to €98 million in 2015.

Mecom also then recorded a small profit of €78,000 – for the first time. Last year, the company faced a bankruptcy proposal but the Prešov District Court refused it as unjustified because Mecom proved its liquidity. The bankruptcy proposal was filed by the then-business partner of Mecom from the Ukraine which is in legal dispute with Penta concerning money. The Košice Regional Court confirmed the decision of not announcing the bankruptcy as correct and turned down the appeal of the Ukrainians. Despite this, they filed a new proposal for bankruptcy involving the Humenné-based plant at the beginning of May.

Disclaimer: The Penta financial group has a 45-percent ownership share in Petit Press, a co-owner of The Slovak Spectator.