No upheaval in the Judicial Council

No significant changes expected after election of new members. 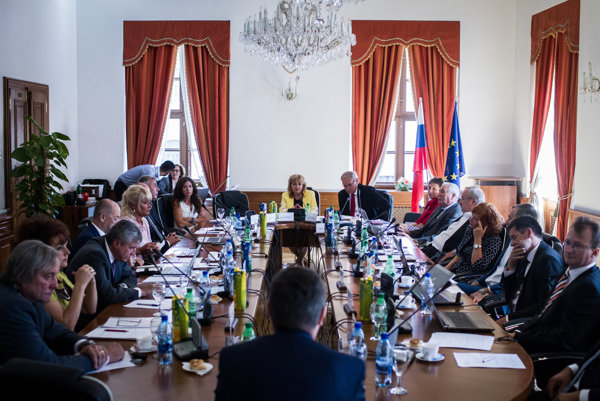 Some members of the Judicial Council will change. (Source: SME)
Font size:A-|A+0

“The new composition of the Judicial Council may start a new chapter in the Slovak judiciary,” is how Supreme Court President Daniela Švecová saw the recent election of eight new members to the top judicial body overseeing the operation of Slovakia’s courts.

Not everybody, however, shares this opinion after considering the results. All eight successful candidates were nominated or supported by the Slovak Judges Association (ZSS), a professional organisation, and none of the nominees from the independent judiciary reform initiative, For an Open Judiciary (ZOJ), were elected. One of the new council members had previously been the right-hand man to the former controversial Supreme Court president, Štefan Harabin.

“We were expecting that representatives of various opinion groups would be elected to the council,” said Peter Wilfling, a lawyer with the legal think tank Via Iuris, in a Facebook comment.

He believes that diversity of opinions contributes to the Judicial Council’s better operation and to the judiciary as a whole.

The vote on May 23 initiated further changes in the 18-member Judicial Council where judges altogether have nine representatives. The ninth representative of judges, Supreme Court Justice and ZOJ vice-chair Dušan Čimo, was elected in November 2014.

The last of the eight new members is Supreme Court Judge Daniel Hudák, the former right-hand man to Harabin. 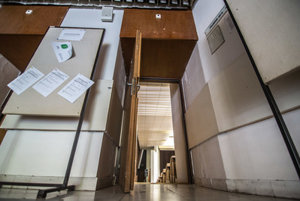 The result of the vote confirms the importance of the regional self-governments, as the candidates with support in the local councils of judges in the regions mostly won, said the current Judicial Council chair Jana Bajánková.

Meanwhile, ZSS head Juraj Sopoliga expressed his optimism about the strong participation of the judges in the election. He also praised the experience of the successful candidates in solving the problems that the judiciary is currently facing, earned by managing administration and self-administration of the courts and ZSS bodies, the SITA newswire reported.

While ZSS-supported candidates were successful in the vote none of the five judges nominated by ZOJ were elected.

The association said it respects the results, expressing hope that the winning candidates will be “respectable representatives of all judges with the aim to fulfil the ideals of rule of law and a trustworthy judiciary”.

Following the poor result, the chair of the ZOJ association, Katarína Javorčíková, offered her resignation from the post, saying that the association was not able to win the support of the judges with its current programme and values.

However, the ZOJ board expressed its support for Javorčíková at its May 25 meeting and asked her to stay in the post until autumn when new leaders of the association will be elected, Čimo wrote in an official statement.

The members will also discuss the future of ZOJ at that meeting.

“One of the basic aims will be to win more support from judges while keeping our value priorities,” according to the statement. 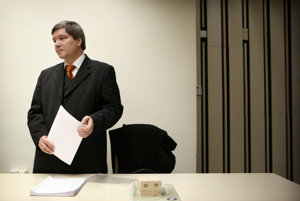 New members should be monitored

One of the reasons why ZOJ did not convince enough judges might have been that they prefer the current regional principle of representation in the council, said Ján Hrubala, an unsuccessful candidate and a judge of the Specialised Criminal Court, in an interview with the Sme daily.

It might also have been the result of the recent initiative by Via Iuris, which had launched a website on which it introduced the candidates for the Judicial Council and gave them a chance to promote themselves, Hrubala said. The practice from abroad suggests that Slovakia should get used to similar, open initiatives, but that it is an unfamiliar step for Slovak judges, who usually follow instructions from the traditional judicial association, ZSS, he added.

With their decision, Slovak judges sent a signal that should be analysed closely, Wilfling commented.

He pointed out in an interview with Sme that Sopoliga, for example, in the past defended Harabin against his critics, one of which was ZOJ.

“Since mostly candidates who have not previously publicly commented on the state of the judiciary were elected, it will be important to watch their steps in the Judicial Council,” Wilfling wrote in his Facebook comment.