Rules for mortgage applicants have changed but demand remains the same so far. 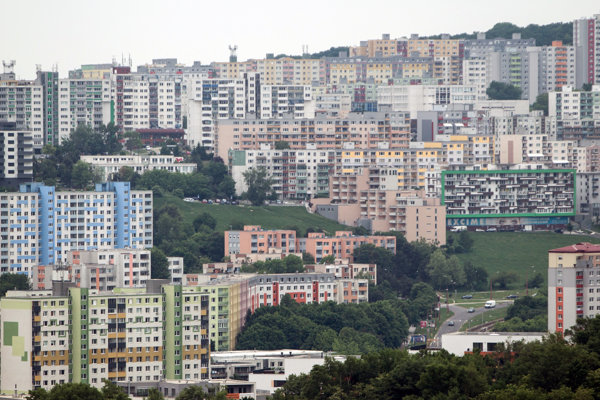 SLOVAKS believe that owning the roof over one’s head is one of the greatest certainties in life, says Maroš Ďurik, CEO of Across Private Investments. Indeed, Slovaks do prefer buying rather than renting the apartment they want to settle in.

The low interest rates that banks have been offering on mortgages over the past year favour such behaviour. At the same time, however flats and houses in Bratislava belong among the least affordable from a range of 18 European cities, according to the European Housing Report 2017 by the RE/MAX company.

Prices to go up this year

Cheap mortgages will lead to higher demand and prices for apartments, with house prices holding steady in all regions. In 2016 the average sales price for an urban apartment was €157,500 but only €60,000 for a rural apartment. Prices are expected to increase in 2017.

The analysts behind the European Housing Report assumed 5 percent growth in sales prices for flats in urban areas as well as in the countryside while the rental prices of flats in the city should increase by 3 percent and stay approximately the same in the villages. The price of houses is steadier, according to the analysis.

For houses, the average price per square meter is holding at €1,520 in cities and €510 in the countryside.

In the industrially advanced countries, rental apartments give people the independence and flexibility to move. People from post-communist countries, however, tend to buy liabilities. They feel rich when they have a great car, a seaside apartment, a cottage in the mountains but these investments do not bring anything in the end. In fact, they cost money.

In addition, getting a mortgage is not as easy as it used to be. Analyst from the NBS, Mikuláš Cár, said that demand for housing in Slovakia persists because of low interest rates for loans, which are today under 2 percent.

“The national bank took small steps to prevent people falling into debt and having trouble with the repayments,” said Cár as quoted by TASR.

He admits that although the cost of flats is probably in its last stage of growth, it is still far away from the risk zone that could give rise to a real-estate bubble. The year-on-year increase of average living costs is estimated to be from 3.5 to 4 percent this year.

Banks have announced several changes, valid since March 2017. A fully-covered mortgage is almost impossible to get, only one in ten applicants would be approved. More than 80 percent coverage of a mortgage will be approved for four out of ten applicants.

Stricter appraisal of the ability to pay instalments is also in place– creating a reserve in case it is necessary to increase the interest rate in the future. The average salary is considered over six months instead of three.

“The changes have not influenced the demand for mortgages yet,” said Katarína Habodászová, a product manager for mortgages from Hypocentrum, for The Slovak Spectator. Interest rates are keenly priced and favourable towards newly built houses and blocks of flats, she added.

“We are waiting for the response of real-estate prices to the limitation of mortgage accessibility,” stated analyst Pavel Škriniar from Finančná hitparáda (Financial chart) for The Slovak Spectator. The limitation has not lowered the appetite for mortgages, however, Škriniar added.

Many empty flats in the capital

The supply of new flats in Bratislava last year reached the same level as 2008. In contrast to 2015, it grew by 33 percent, excluding a year-on-year increase in 2007 and 2008, it’s a record, said Filip Žoldák from Herry’s real estate agency.

“Looking at year-on-year change, demand is growing more slowly than supply,” said Žoldák, as quoted by the TASR newswire.

The average occupancy of all new buildings in Bratislava is about 64 percent, Žoldák added. There are 3,400 free flats and less than 5 percent are finished.

“When someone wants to move, they can either wait for a new building or choose an old one,” he said for TASR.

New projects can sell 25 to 40 percent of their capacity in the first three months.

“Everyone buys in at the beginning, because they are aware that the prices in individual projects at different phases can change and that this is also based on how well they sell,” he summed up.

The Deputies of development from the Corwin, Lucron Group and the Cresco Group confirmed that because of the situation in the last year they also increased the prices of the flats in their projects, from 5 to 15 percent. People also buy flats as an investment but according to their data it’s less than 10 percent.

Young Slovaks, however, also tend to make use of another option.

The recent Eurostat survey confirmed the trend that they belong among the Europeans who remain the longest in their parental “nest”.

The average age of an EU inhabitant when they move into their own residence is 26.1 years, based on data from 2015. Slovaks, however exceed that, as the average Slovak leaves home at the age of 31. Only the Maltese (31.1-year-old) and the Croatians (31.4-year-old) stay with their parents longer.