The story of a bear named Inga has a sad ending

The case brings back the issue of securing garbage bins against bears. 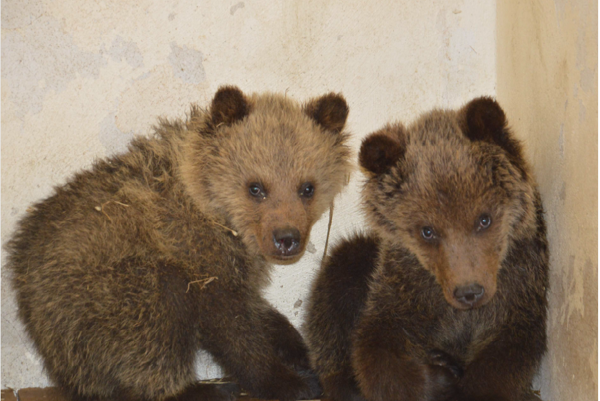 The story of the bear family from the High Tatras has a sad ending. The mother Inga was shot and the cubs were taken to ZOO Bojnice and are now waiting to be moved to Hungary.

After their first visit to Starý Smokovec, the bear family did not stay in the forest but appeared again in the village of Pribylina and its surroundings. 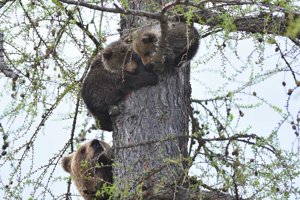 Workers at the Tatras national park had to decide what to do with the family. The result was to divide them – Inga was taken back to the Tichá dolina valley and the cubs were sent to ZOO Bojnice for a while with their next stop being a national park in Hungary. In this way the nature protectionists hope to give them a chance to live as wild animals as Inga was teaching them to be so-called garbage bin bears.

“We took a hard decision but when an animal behaves in an unnatural way, we have to as well,“ said Milan Boroš, the head of the State Nature Protection for the public RTVS.

Dividing the family unfortunately did not turn out in the way the environmentalists had planned. Inga stayed in the valley for only a few hours and then came back to the village of Liptovská Kokava where she saw her cubs for the last time. In the end, hunters had to shoot Inga dead.

"During efforts to scare her away from the village, she turned against the nature conservationists, hunters and police," explained Boroš. "At the direct order of the police the hunters had to act."

Boroš added that the destiny of Inga resulted from the fact that she had got used to finding food in easily accessible garbage bins and appealed to citizens and managers of restaurants and hotels in the regions.

“It is necessary to secure garbage bins against bears and not give them a reason to get to use to a human presence,” said Boroš, as quoted by the television Markíza.

Thank you for singing up. Shortly an email will be sent to the address you provided to verify your e-mail.
Error! Please try to register again later, your e-mail was not registered.
Your email is not in a correct format.
Please confirm you are not a robot.
Share on Facebook (178)