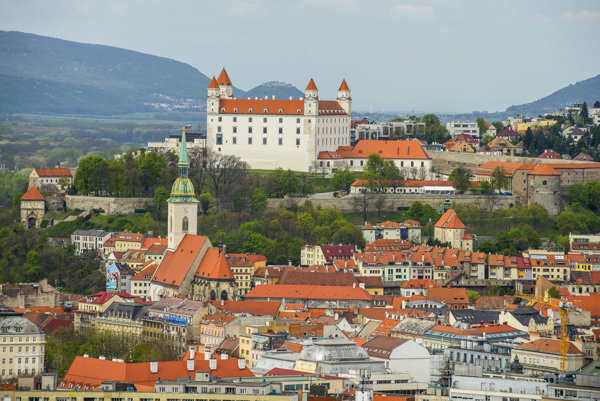 Based on data from the Slovak Statistics Office, Bratislava, the capital of Slovakia, has about 417,000 official citizens, i.e. those who have permanent residence here. In reality half as many again live in the city, making the total about 666,000. Analysis by the company, Market Locator, showed that the difference between the official statistics and real life is about 250,000 people. They used various anonymised data, logging the use of about 2.7 million mobiles from the networks of the three biggest mobile operators in Slovakia, the Sme daily wrote.

Market Locator derived the number of real citizens in Bratislava, i.e. including those, who live or work here but have a permanent residence somewhere else, from studying the mobiles that are located overnight in Bratislava.

Where is the biggest difference?

The analysis showed the biggest difference between the official data of the Statistics Office and reality was in Bratislava’s third district which includes the boroughs of Nové Mesto, Rača and Vajnory. The smallest difference was in the first district which comprises of only the Old Town.

“In Bratislava’s third district the real number of people is doubled,” said Michal Šuran from Market Locator, as cited by Sme.

The analysis has thus shown that it is not true, as has been estimated so far, that most people without permanent residence in Bratislava live in Petržalka. The biggest housing estate in Slovakia, Petržalka, is along with Rusovce, Jarovce and Čunovo part of the fifth district. In this district the real number of citizens exceeds the official figure by 38,000 and amounts to almost 150,000.

Additional 130,000 people during the working day

During the working day an additional 130,000 people arrive in the city to work here, attend schools, for entertainment or other purposes, the analysis of Market Locator indicated. Those commuting for work account for the biggest share – six in 10 people. The remaining four are accounted for especially by secondary and university students. Seniors make up only a very small group.

The fact that more people live in Bratislava than are officially registered causes a problem for the city coffers. In Slovakia municipalities and regional governments are financed from the income taxes paid by their citizens. Thus, when a person without a permanent residence in Bratislava lives here, their income taxes flow into the coffers of the municipality and the regional government of their permanent residence.