Many firms still perceive the adoption of measures to prevent criminal prosecution as defined by the law only as further regulation, not a way to help them. 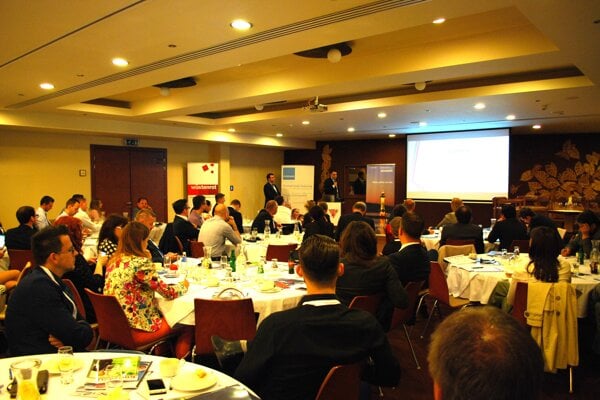 Nearly a year after the new law on criminal liability of legal entities was introduced, companies still have not changed their approach to adopting preventive measures that should protect them from potential investigation. They still perceive them as regulation and not natural behaviour that can help them develop, according to participants in the European Compliance Forum 2017, organised by law firm Ružička Csekes and consulting company Screening Solutions, held near Modra in mid-May.

“The small entrepreneurs consider it an administrative burden,” said Ján Palenčár, president of the National Association of Real Estate Agencies in Slovakia and vice-president of the Slovenský Živnostenský Zväz, an association representing self-employed trade and craft workers.

Awareness improves, but only slightly

The survey carried out by the company Screening Solutions in July and August 2016, showed that only 38 percent of respondents had implemented or planned to implement measures concerning the law on the criminal liability of legal entities.

Moreover, only 6 percent of respondents said that the law was beneficial for them, while 21 percent claimed that they do not see any merits.

Petr Moroz of Screening Solutions says that though more companies are aware of the changes and sanctions arising from the new law, there are still many that think they do not have to adopt the so-called compliance programmes, i.e. internal policies that deal with supervision over the compliance with legal regulations, which should mitigate any potential harm.

He added that until their company is punished according to the new law, they think the changes do not concern them.

“This is a difference between perceiving these programmes as laws and rules or as part of the company culture,” Moroz told The Slovak Spectator. 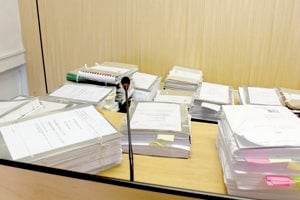 Firms perceive the rules as a burden

Representatives of companies, however, say that the rules arising from the law on criminal liability of legal entities complicate their business.

In order to understand much of the legislation the companies have to observe, it is necessary to have a team of people to deal with it, according to Vladimír Slezák, head of the Slovak branch of Siemens.

“They need to find ways to do their business,” Slezák said during the discussion.

László Ivan, CEO of transport firm Arriva Slovakia, also says that due to the increasing number of rules his company needs to make more of an effort to keep their business going, instead of trying to find ways to help the company grow.

“It is important to seek a balance between the operation of the company and observing the rules,” he said, adding it is necessary to work with people and allow them to understand the work they are doing.

The problem is that many people consider the regulations as additional costs, according to Tomáš Zaťko, CEO of IT company Citatelo. But it would be better if they perceived it as a kind of added value.

Many companies only formally want to meet the conditions set by the regulations to avoid sanctions, Zaťko added.

For companies, however, it is important that they really feel that the measures adopted as part of the compliance programmes are a natural part of their business, Moroz said, explaining that if we merely apply some rules without believing in them, they will have no effect.

In his opinion, it is important how company representatives communicate their willingness to act responsibly within the company. There is a difference if top management on one hand dismisses people saying it is necessary to save funds, but on the other keeps purchasing expensive property and granting generous severance payments to its leaving members, Moroz said.

Another problem occurs when companies pretend to act responsibly and follow the compliance programmes on the outside, but behind closed doors they do not hesitate using corruptive practices in order to gain business.

Therefore it is necessary to really decide what the aim of the company should be and how they want to do business.

“Though compliance programmes can limit us in some ways, as we probably will not be able to win some orders, our market value will continue increasing as the reputation risk will be low,” he added. 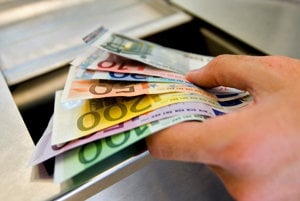 Not only big firms

Palenčár opines that the situation is different in regard to smaller enterprises. Since they employ a limited number of staffers it is easier to check and prevent them from committing crimes, though there may be some exceptions in certain sectors. He admitted that only a small portion of small and medium-sized companies have so far adopted compliance programmes.

Moroz, however, says it is important not only for big companies, but also for smaller enterprises to adopt compliance programmes in order to protect their business.

One of the common mistakes is that companies and their HR departments do not check job applicants.

“The HR people should be gatekeepers, deciding on who will be working for the company,” Moroz said.

In practice, however, they often fail to check the history of their future employees and the experience of their former employers with these persons, saying they are not police officers. Yet, Moroz stressed it is important to know as much as possible about people who will deal with company information.

“We are very sensitive about our private affairs, but we do not feel in this way about our company,” Moroz added.

In this respect, western countries are much further ahead than Slovakia, though the situation is gradually improving compared with, for example, the 1990s, Moroz admitted.

“There is a difference though – whether a company was founded in our conditions and then was acquired by a foreign firm, or the foreign investor establishes a brand new subsidiary here,” he said.

The perception of the importance of compliance programmes will be certainly better in the latter case as in the former the companies have a certain culture and follow certain rules. Thus it is much more difficult to teach them that some things can be done differently.

The statistics show that the most problems occur among successful, small family companies acquired by foreign investors who retain the existing management but do not change their thinking about doing business.

It often happens that these firms are later subject to embezzlement, Moroz said.

To solve this problem, it is necessary to show the older management how company management works abroad and teach them more about the company’s own culture, he opines.

Ivan agrees, stressing it is not important that we must do something, but that we want to do something. It is also necessary to fully explain the processes to company employees.

“People need to see the results of their work and understand what and why they are doing it,” Ivan concluded.