The vote for the top post at the public-service broadcaster is scheduled for June 15. 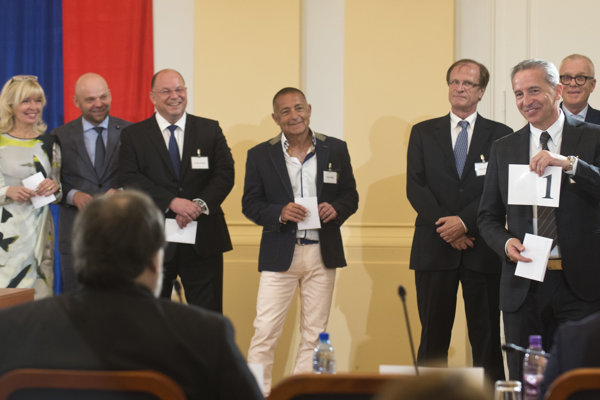 While the ruling coalition managed to reach agreements on the nominees for ministerial posts (though some were opposed to the current Interior Minister Robert Kaliňák) and even the scandal over energy prices, the parties have failed to agree on a single candidate before the vote for the new head of the public-service broadcaster RTVS scheduled for June 15.

As a result, relations between the parties may worsen, the Sme daily reported.

MPs for the Most-Híd party are ready to support either the former head of the private broadcaster TV Markíza, Zuzana Ťapáková, or Michal Ruttkay, known from the advertising sector. The other two coalition parties, Smer and the Slovak National Party (SNS), want Jaroslav Rezník, current head of the state-run news agency TASR, to lead the broadcaster. 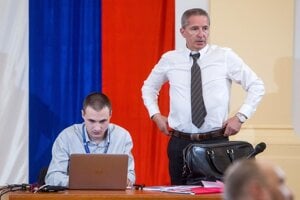 There is, however, only a small chance that Mika will successfully defend his post, Maďarič admitted.

“It will be the first time that we have voted without agreement,” Béla Bugár, chair of Most-Híd, told Sme.

A few weeks ago, he claimed that his party would do everything to select one coalition candidate, as the disagreement might impact the relations between the coalition partners in the future.

Smer also fails to agree on one candidate

Prime Minister Robert Fico (Smer), some of the party’s deputies, and the Speaker of Parliament Andrej Danko (SNS) have been criticising Mika for some time. Fico even claimed that he would give his MPs orders to support a change in the RTVS top post. He dislikes, among other things, the critical questions of RTVS journalists concerning Smer.

Since Smer disagrees with Mika, Most-Híd decided to accept its reservations. Bugár however said they would not support anybody they disagree with. This is also the case with Rezník, whom the party criticises for closing the deal between TASR and the pro-Kremlin news agency Sputnik, which spread conspiracy news and for the plans to stop the broadcast of minority radio Patria, Sme wrote.

Rezník is supported mostly by the SNS, which has been frequently featured in TASR stories at the times it was outside parliament, according to the daily.

The deputies of Smer are also inconsistent in their opinions on the new RTVS head. While some support Rezník, the others told Sme they would rather support Mika, Ruttkay or Ťapáková. The members of the parliamentary media and culture committee however will vote unanimously.

“It is a political election and a green card for MPs would only complicate the situation,” said chair of the committee, Dušan Jarjabek, as quoted by Sme. He however failed to say whom they will support.

To elect the future RTVS head, the candidate must receive an absolute majority of the votes of MPs present. If no candidate receives enough votes, the two with the highest number of votes will advance to a second round, which will take plane on June 22.