Smer will not permit serious personnel changes simply due to students' protests, according to expert on civic campaigns, Juraj Rizman. 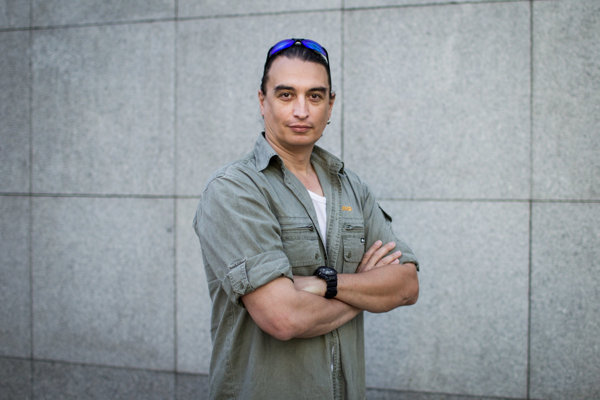 Students organising protests against corruption did not choose the best possible strategy, according to expert on civic campaigns, Juraj Rizman of Via Iuris NGO.

Students have been calling for the dismissal of Interior Minister Robert Kaliňák, Police Corps President Tibor Gašpar and Special Prosecutor Dušan Kováčik. Since the government refused their demands, they launched a petition which needs 100,000 signs to have a chance to present the demands in the parliament.

MPs, however, would not allow them to speak in parliament even if they gathered enough signatures; which can be difficult during summer. Moreover, they have likely mobilised all of their supporters and need to approach different social groups if they want to be successful, according to Rizman.

The Slovak Spectator spoke with Rizman about the student’s campaign strategy, the organisation of their events, and civic campaigns in Slovakia.

The Slovak Spectator (TSS): What is you opinion on ongoing anti-corruption marches?

Juraj Rizman (JR): Students were able to attract approximately the same number of protesters for their second march in Bratislava as they did the first time and this is a success. It’s even more impressive when we realise that they are young people without any experiences with similar events, united organisation or logistical support. Moreover, Košice and Prague joined their campaign and also following protests in Žilina and Prešov were decent. This probably won't persuade the government [to accept their demands] but from a campaign point of view it’s important that public pressure is rising.

TSS: What further development of the campaign do you expect?

JR: It’s difficult to forecast that. The key factor will be students’ ability to gather 100,000 signatures during the summer and recover their activities in September. Campaign logic says that when authorities do not respond, the campaign should increase its pressure. Often, however, it’s a trap for organisers, because they reach their mobilisation potential too soon and are no longer able to increase the pressure. If they fail to get those signatures, it will be clear that they don’t have enough power. 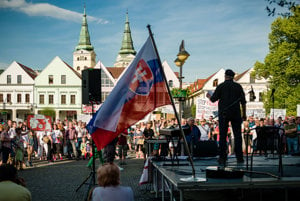 TSS: Was the petition a good decision?

JR: If they continue their activities, they can get 100,000 signatures. I do not see a risk in this. At least there will be a public discussion about it. The problem is that many petitions in Slovakia end up with parliament taking them into consideration and nothing else happens. That is why they would have to start negotiating with politicians. If this happened there is another risk that a group of opposition MPs will open this issue and it will turn into a stereotypical non-confidence vote against some minister which we have seen many times before. As a pressure tool, the petition is not a bad idea. But it probably won’t lead to achievement of their goals.

TSS: Could students stand in front of MPs and talk to them about their demands?

JR: When we were gathering 100,000 signs against mining of uranium, we succeeded, but we made it only into parliamentary committees. There is no tradition in Slovakia for MPs to allow anyone to appear in a plenary session of the National Council. The rapporteur just reads the demands. That is why I say that it is important to start negotiations with the political parties at some point. We have been successful in this. We have achieved a change in legislation, and the uranium mining has become more complicated for companies. But it was a different campaign. In this case students are seeking the resignation of strong government officials. Thus it is a big political issue.

TSS: Does it mean that their demands aim too high?

JR: These students have my sympathies for not letting anyone intervene into their campaign. There are stupidities spreading on the internet that someone is paying them and so on, but in fact, they are very independent people. Although they met and discussed the campaign with some NGOs, they ultimately make their own decisions. They also did not let politicians intervene into their campaign, which is very good. From the statements of Special Prosecutor Dušan Kováčik and Police President Tibor Gašpar stems signs that they feel the pressure for their resignation. Politically, however, it is such a controversial issue that Smer won’t be willing to retreat from this pressure.

TSS: Political ethics watchdogs consider these specific people to be the reason why the situation concerning corruption has not improved. Aren’t students hitting the bullseye with their demands?

JR: We can agree that these people became symbols of the corrupt environment and about how investigations of cases are stopped. But in terms of achieving the goals, I would be sceptical of those demands. If I was leading this campaign, I would consider other demands such as systemic changes instead of replacing people. At some point of the campaign, I would also consider opening negotiations with the other side on what is acceptable and enforceable for each other.

TSS: Is it a standard approach to negotiate with the other side before campaign is launched?

JR: When I’m planning a campaign, I always try to set realistic goals. I don’t want world peace or to save the climate in Slovakia. I am also looking for goals that I can reach with my own strength. Students could get more if they wanted a change in the functioning of the police or the prosecutor’s office rather than politically-sensitive staff replacements. However, this is not the case only for these students. Experienced NGOs often set unrealistic goals in their campaigns or fail to get a critical mass of people on their side. Every unsuccessful protest, any pitiful petition eventually, to some extent, demotivates people to take part in similar actions again. Therefore, activists need firstly to sit with the other side, clarify their positions, try to push things through negotiation and then start thinking about pressure activities. Why go to a fight in a dispute that can be dealt with diplomacy? 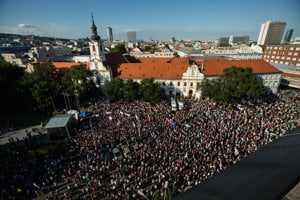 TSS: Why do activists do this?

JR: The following words don’t apply for students because with their demands such negotiations don’t make much sense, and Prime Minister Robert Fico would never hear them. In general, however, I feel that many civic initiatives go into such campaigns, with an attitude that winner takes all and the enemy is totally defeated. I don’t have good experience with this approach. I believe that the other side needs to have room for manoeuvering so it doesn’t start to defend itself. That means finding a compromise and, if the situation requires, not fanatically persist pushing all demands.

JR: No way. People often see this step as betrayal or cowardice but in reality, it’s normal. A civic campaign has to be a dialogue with the other side and it is not a struggle for life and death. In the case of gold mining, we initially wanted a ban on cyanide technology of mining, but at some point it was clear to us that MPs would never pass that. Therefore we changed the strategy, and we enforced a measure that municipalities and towns will have the right of veto for such gold mining. As far as I know, there has not been a single new project using this technology. We have retreated, but we have achieved our goal.

TSS: A few days ago the Focus polling agency published a poll showing that despite the marches, Smer’s preferences did not drop. Did you expect that?

JR: I was not surprised because political scandals and also the current student protests are interesting only for a certain group of people; other parts of the society are not reached. If I was in the students’ shoes, I would now try to involve other initiatives in the campaign.

TSS: You helped students organise a march in Bratislava. How do you evaluate it?

JR: “I didn’t talk to them about the campaign or demands. I only counselled them on how to organise the first march in Bratislava. I didn’t want it to end up like Gorilla protests when hooligans started violence. A month before the protest took place, I saw people writing on Facebook that they would come to Bratislava and misbehave. That's why I addressed the organisers and pointed out what they should be careful about. Then they approached the police, recruited a sufficient number of volunteers to observe the protesters and so on. It is difficult to organise a march of thousands of people without any injuries or provocations. They did a good job and I think it has greatly contributed to a good atmosphere of protest.”

TSS: The police are not able to keep people safe by themselves?

JR: Of course they are ready for such actions but it is always better to consult them. The police will then have a better overview of the number of participants and possible risks. At the same time it is good to have the phone number of the police commander of the action and not to solve potential problems via hotline 158.

TSS: How can you prevent hooligans from attending a protest?

JR: It’s very important for organisers to present protests in such a way from the beginning. If they describe them as march on parliament, it’s clear that they would attract some radicals. If they speak about a decent protest that is not for extremists and warn people about the presence of the police in advance, only a fool would risk arrest. The police had anti-conflict teams, civilian cops, and so on.

TSS: On the other hand, a van was driving among people during the first protest in times when terrorists like to use vehicles as weapons. How is that possible?

JR: It was a parking van leaving the place after the march started. It’s a police error, but they’re learning from their mistakes. At the second march they paid more attention to security measures and nearby roads were closed to cars, buses, and so on. If organisers want to avoid such situations, they may request temporary restrictions on parking or traffic at the location.

TSS: What other tips did you give them?

JR: Security comes before everything else. The rest are details. But note the difference between the fronts of the first and second march. There are nice photos of the main banner held by organisers at the first event. The main slogan can be identified immediately. It was not so easy to read the main slogan during the second event in Bratislava because some people stood in front of the main banner of the march. Before the first event I advised organisers to be sure that there is at least few metres of free space in front of the march. Therefore, people who watch the moving crowd from nearby streets know what's going on and also journalists can properly document it.