The Slovak region of Liptov has a unique feature: on Sestrč hill, almost a thousand metres above sea level, lies the castle with the highest altitude in Slovakia. 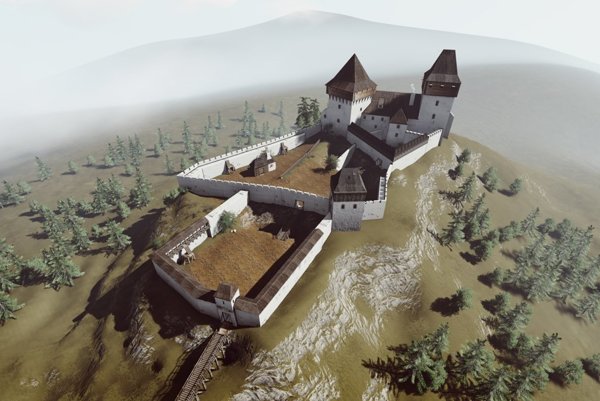 Liptov Castle – Liptovský hrad in Slovak – originally serving to protect the border and a nearby merchant route, was levelled at the order of Mathias Corvinus back in the 15th century. For 500 years, its ruins declined further and were overgrown with bushes and plants. In the 1970s and 1980s, the fragments of this castle were restored. 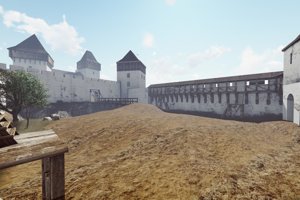 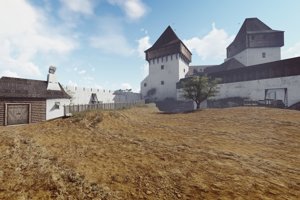 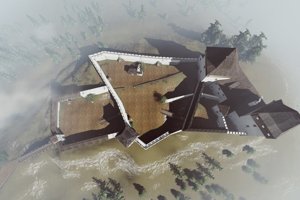 If it existed today, it would be a big attraction for tourists to this area. Even the name of the region – Liptov – very probably comes from the name of its owner, Ľubota, the regional website of the Sme newspaper, nasruzomberok.sk, wrote.

It is hard today to imagine how the castle looked in the past but thanks to fans of archaeology and history it has been revived, at least in virtual reality. They elaborated the model of Liptov Castle at its finest. A visualisation and a video guides the viewer through courtyards and gates and even offers a bird's-eye view.

Designer Igor Furugláš of the Dwarf Digital Archaeology company is behind the difficult and demanding project which he has launched as a way of popularising lesser known historical locations through attractive graphics which are more accessible to modern people than drawings. In the same way, for the Night of Museums, he also processed the castle at Šurany, which even the locals did not know much about.

"I chose Liptov Castle for the same reason," amateur archaeologist and history fan Furugláš said to the nasruzomberok.sme.sk. "I think it is important to popularise history in this form for the wider public," he explained, adding that he also works as a digitalising expert on archaeological excavations and recently, he made visualisations for a book on fortifications in Liptov by Martin Furman. That was when he got the idea to visualise Liptov Castle. Furugláš also cooperated with Peter Gutek who some time ago drew the castle, and with other experts at the locality. Another of his collaborators is Peter Jenčík, a member of the Hradiská civic association, with whom they consult on all visualisations, perceptions and who help with technical solutions and historical authenticity.

A hiking trail leads to Liptov Castle from Kalameny. It was the local volunteers who did a great and complex job when they repaired the access ladder, renewed the wooden bridge and built a shelter. Both routes leading to Liptov Castle begin at the thermal lake behind Kalameny; the trail is not very demanding and lasts for about 75 minutes.