The Arabian TV network has followed the operation of the Slovak extreme right and also how local activists oppose it. 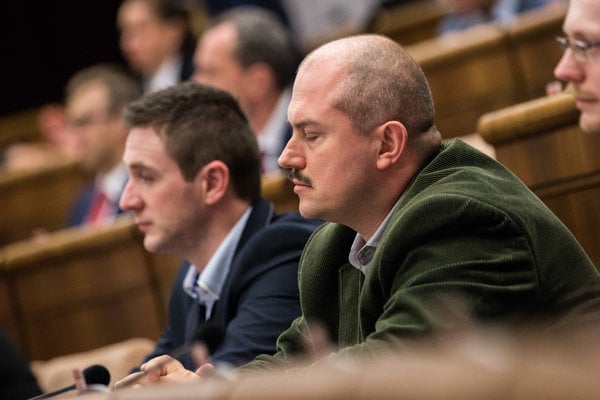 It focuses both on the direct fight against extremism and online activities, the Sme daily wrote on June 14, citing the story http://www.aljazeera.com/indepth/features/2017/05/fighting-slovakia-online-streets-170529083248638.html from the TV’s website.

Slovak blogger Ján Benčík, aged 68, says he did not see much sense in social networks when his son created his profile on Facebook – until he started following extremists and neo-Nazis, and pointing out their activities on his blog, despite the threats he received. Benčík publishes photos like this on the front page of his blog, where he dumps the personal information – name, phone number and address – a practice known as "doxing", of those who post white supremacist, neo-Nazi and racist content on social media.

Al-Jazeera writes mostly about the boom in popularity of the extreme-right party, the ĽSNS, led by Banská Bystrica regional governor Marian Kotleba. The ĽSNS also has 13 seats in parliament since the March 2016 election.

“They have now exchanged their black garb for green polos emblazoned with the party's signature double cross emblem,” the Al-Jazeera website reads. “And their anti-Semitic rhetoric has been largely replaced with anti-Roma incitement, ostensibly considered a more socially acceptable form of racism. But the party's platform, laid out on its official website, preserves much of its original commitment to ultra-nationalism and Christian identity. The Roma are "social parasites" and "terrorists", while the United States, the European Union, NATO and Israel are enemies plotting against the Slovak nation, they argue.”

Unlike other parties, the ĽSNS has not used traditional campaigning, researcher of the Masaryk University in Brno (Czech Republic), Alena Kluknavská, says. The ĽSNS used a three-prong strategy to build its base: there were no LSNS television commercials, no rallies and no images of Kotleba’s face pasted on billboards. Instead, the ĽSNS focused on visiting poor communities, exploiting tensions between white Slovaks and the Roma and cultivating a following through "nationalist, xenophobic and populist" sentiment in the online sphere.

Getting first-hand experience with extremism

An Al-Jazeera reporter tried to repeatedly to interview party members but they mostly do not communicate with foreign media, he noted. However, the Al-Jazeera team participated in one meeting hailing the establishment of the fascist war-time Slovak State, in which ĽSNS members deemed the current regime worse than communism and claimed they are persecuted for their beliefs. Even poems praising – to great applause – Marian Kotleba resounded.

The website also describes the growing opposition to the extreme right – the protests in the streets of Bratislava, as well as the efforts of the head of the Banská Bystrica SNP Museum, Stanislav Mičev, to challenge Kotleba in the autumn regional elections. “They bought green shirts and put away those black outfits, but those uniforms are still sitting in storage somewhere,” he comments for the Qatar-based website.

Also, blogger Benčík – awarded this week by the European union for his activities – has made fighting extremism his priority. “I lived for 41 years under the communist regime. So, I don't want to risk living the rest of my life under a neo-Nazi dictatorship,” he concludes for Al-Jazeera, “and I don’t want my children and grandchildren to live under them either.”