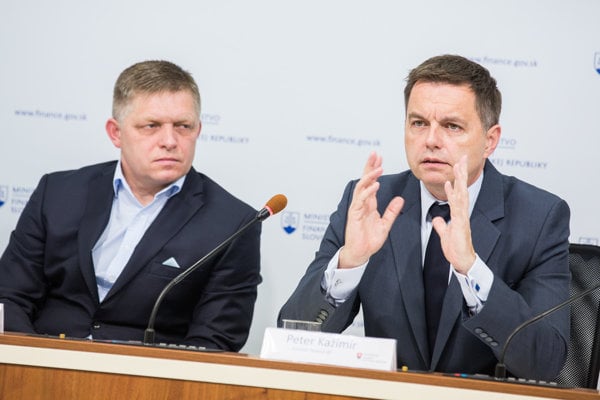 Slovakia’s GDP should grow by 3.3 percent year-on-year in 2017, before accelerating to 4.2 percent in 2018 and to 4.4 percent in 2019. The Slovak Finance Ministry published the latest economic forecast on June 19. While the 2017 outlook has not changed compared to a prognosis from February, the prospects for 2018 have improved by 0.2 percentage points. The 2019 prognosis has also stayed flat.

Slovakia’s economic growth in the period analysed by the Finance Ministry is expected to be driven mainly by growing household consumption, which should be the fastest since 2009, as well as private investments.

“Slovakia’s economy is doing well this year,” said Prime Minister Robert Fico (Smer) as cited by the TASR newswire. “It’s one of the highest growth figures ever. Meanwhile, the figures for 2018 and 2019 will exceed 4 percent. Mainly domestic demand and households are driving up this growth.” 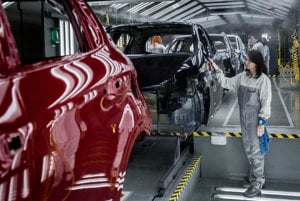 “I believe that we’ll reach historical lows when it comes to unemployment,” said Fico. “If this trend continues, we can talk about unemployment rates below 6 percent in two years.”

“Price increases will be moderated this year by decisions made by the [energy] regulatory authority earlier in the year,” said Finance Minister Peter Kažimír (Smer). “The relationship between salary growth and the prices of services and commodities is being restored. Inflation growth will be mitigated by an increase in nominal salaries.”

He added that the economic situation in Russia and China also appears to be improving, so there are no significant elements to disturb investors.

With growth exceeding 4 percent in the next two years Slovakia should become the leader in such terms among the Visegrad Four countries (the Czech Republic, Hungary, Poland and Slovakia), partly aided by the planned launch of car production by Jaguar Land Rover in Nitra.

“The economic growth structure is very sound and balanced,” said Kažimír, adding that Slovakia has also experienced a revival in domestic private investment.

As for risks, these mostly concern Brexit and possible developments in the banking sector in Italy, added Kažimír.