Is new RTVS director a threat to media freedom?

Media watchdogs say Jaroslav Rezník has proved friendly towards politicians in the past and has no scruples about considering pro-Russian propaganda news a fit source of information. 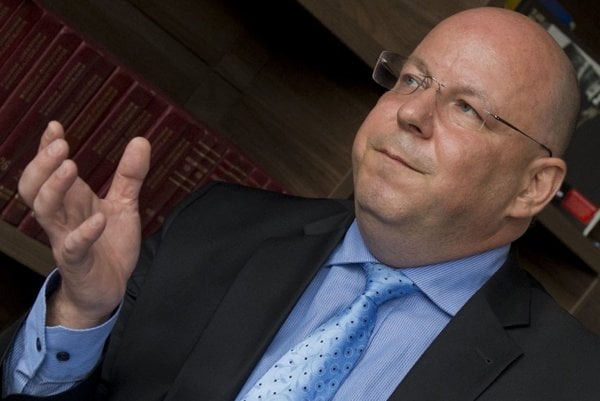 After holding the top jobs at the public-service radio and the state-run newswire, Jaroslav Rezník will add another high-profile media post to his CV. Amid concerns about the independence of the public-service broadcaster, Rezník has been elected its general director for the next five years.

Rezník received 95 votes in the run-off vote that took place on June 20, while his rival and RTVS incumbent Václav Mika received only 50. To be successful, a candidate needs an absolute majority from the MPs present. The second round of the secret ballot was attended by 147 deputies.

“The best ex-thieves are said to make the best property guards,” coalition Most-Híd chairman Béla Bugár said as quoted by the Sme daily, as he commented on why his party changed its line and decided to support Rezník in the run off against Mika.

Rezník has been perceived as a problematic candidate among opposition politicians, political transparency watchdogs, and media professionals. These concerns are shared by a part of the general public who remember Rezník’s time as the SRo director in the 1990s, when he had ties to the then ruling Movement for a Democratic Slovakia (HZDS) of Vladimír Mečiar. In the current political climate Rezník is believed to have links to the Slovak National Party (SNS) and its chair, Parliament’s Speaker, Andrej Danko.

Most changes its mind

Bugár told journalists on June 16, the day after Rezník failed to be elected in the first round of the parliamentary vote, that this was because Most-Híd MPs mostly preferred his competitor, the incumbent Václav Mika.

By way of explanation, Bugár admitted that the circumstances would push his party to vote for Rezník in the run off (which some of them eventually did). The other two coalition partners, Smer and the Slovak National Party (SNS), had made it very clear they wanted Mika out. Most-Híd respected that and suggested its MPs should vote for another candidate, Michal Ruttkay, whom they believed could have been a compromise candidate in the second round. But Ruttkay only received five votes in the first round of the election.

“We will not break the coalition for the sake of Mika,” Bugár told journalists afterwards.

By lending support to Rezník in the vote, Most-Híd practically prevented its coalition partners from electing Reznik with the help of the People’s Party - Our Slovakia (ĽSNS), according to political analyst Grigorij Mesežnikov.

“Most-Híd decided they’d rather vote [for Rezník] than have him elected with the support of the fascists,” Mesežnikov told The Slovak Spectator, adding that Most-Híd opted for coalition stability.

Ivan Godársky from the MEMO 98 non-governmental media watchdog labelled the politicians as hypocrites when it comes to the RTVS director vote. On the outside, they proclaim they want to strengthen democracy and prevent extremism and disinformation from invading public space.

“In reality, however, they often act to the contrary - such as preferring a candidate with a past that suggests the interests of politicians will get preference, rather than interests of citizens,” Godársky told The Slovak Spectator.

Why did Mika have to go?

RTVS has been the focus of the SNS and its leader Andrej Danko for a while now, ever since Danko clashed with Culture Minister Marek Maďarič about the proposal to hike the concessionaire fees every household pays as a contribution to the public-service broadcaster.

At that time, Danko openly stated that he had ambitions to get the RTVS under his control.

To do that, he needed to oust Mika who was elected to the post in 2012, under the one-party government of Smer, and who was known to have the support of Maďarič. Despite that, however, Smer started leaning away from Mika towards the end of his term.

“Mika moved the RTVS closer to the public-service standards and it must have been disappointing for them that the news service did not fit Smer’s ideas,” Mesežnikov said and recalled that Fico accused the RTVS repeatedly of being biased to the advantage of the opposition. 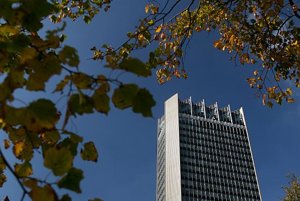 What are the concerns about Rezník?

Observers of the Slovak media scene point to the political servility that Rezník has demonstrated in the past as one of the main concerns about his term at the helm of RTVS. Ivan Godársky points to Rezník’s leaning to the HZDS before the 1998 elections and now the “inexplicably large space in TASR for the SNS” before the 2016 elections.

- Four years later, in 1997, he became the director of the public service Slovak Radio (SRo), under the government of Vladimír Mečiar. He served two terms in the post.

-In 2001, the first government of Mikuláš Dzurinda confirmed him in the post for another term, until 2005. Under his management, SRo’s audience numbers went down, and so did its finances.

-In 2007 he was elected the head of the state-run newswire, TASR. In the meantime, he served as a public servant at the Culture Ministry. In 2014, he was confirmed in the TASR post again.

-He will now leave the job to take up the post of the general director of RTVS.

Miroslava Kernová who runs the omediach.com media news website recalled Rezník’s time as the SRo head in 1998, when he used to visit the HZDS headquarters regularly and his interference with the radio’s news service led to a protest letter signed by 26 reporters from the radio.

But the main concern is exemplified by the decision that Rezník made as the head of TASR this year, when he signed a contract about cooperation with the Russian agency Sputnik, “a known propaganda tool of the Kremlin”, as Godársky put it.

“I consider [Rezník’s] inclination to pro-Russian media to be the main proof that he does not belong at the helm of a modern public-service institution,” Kernová told The Slovak Spectator.

“In times like today, marked by hybrid war and general confusion in the media space, the public-service media play the key role in being on the side of reason and providing accurate information for the public,” media analyst Miro Kollár, who in the past served as the chair of the council overseeing public-service television, told The Slovak Spectator. The RTVS has been fulfilling this role in the past five years, as seen from the increased audience numbers and trust among viewers, he noted.

“No rational reason for a change in the general directorship has been given, let alone for replacing him with a nominee who has a history like the one of Mr Rezník,” Kollár said.