Unemployment rate at historical low in May

The jobless rate has hit its historical bottom since the fall communism but the change in methodology in 2013 is partly behind this. One of the factors is the huge demand for labour which lowers the requirements needed by jobseekers, analyst says. 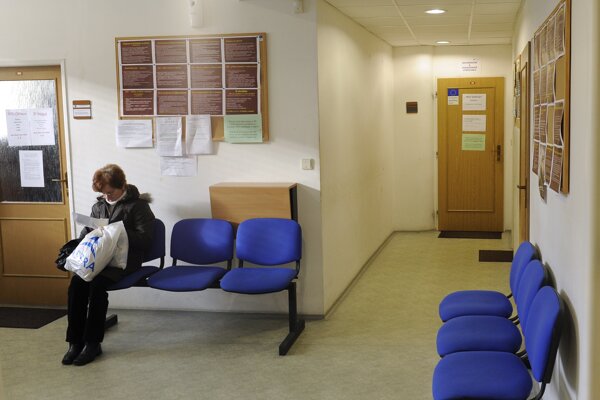 The unemployment rate in Slovakia declined in May by 0.39 percentage points (p.p.) month-on-month and by 2.1 p.p. year-on-year. The number of jobseekers immediately able to start work was 200,391 in May – a decrease of 10,713 individuals m-o-m and of 56,351 (19.4 percent) y-o-y, Labour, Social Affairs and the Family Centre (ÚPSVaR) general director Marián Valentovič told the TASR newswire on June 20, adding that the unemployment rate stood at 7.35 percent in that month.

“Unemployment has never in the history of the independent Slovakia [since 1992] been lower than in May 2017,” Prime Minister Robert Fico said on the same day, reacting to the published data. “The registered unemployment rate… this May is close to the record of 7.36 percent reported in May 2008,” he stated. The unemployment rate calculated from the total number of jobseekers reached 8.69 percent in May, down by 0.44 p.p. m-o-m, and by 2.44 p.p. y-o-y. 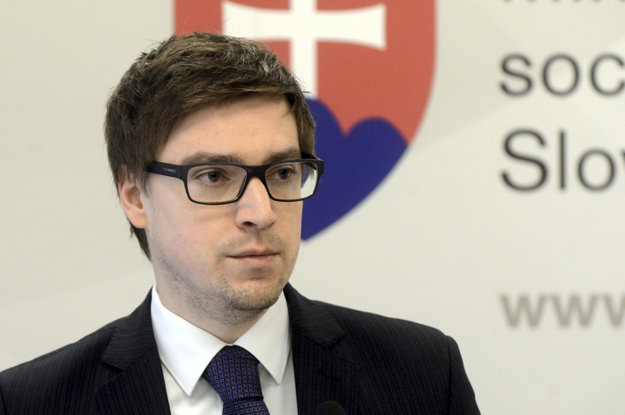 Among Slovakia’s 79 districts, the unemployment rate was down in 77 of them in May, while an increase was found in two districts. The Labour office registered the highest unemployment rate in the district of Rimavská Sobota (23.31 percent), while the lowest rate was posted in Piešťany (2.4 percent).

Solid economic growth, proactive measures of the Labour Ministry, and the governmental efforts to combat unemployment are behind the fall of the jobless rate, the SITA newswire cited Fico as having said. The prime minister expects a further decline in unemployment based on forecasts, while he believes that the unemployment rate could fall below 7 percent this year. “We are facing the challenge of an absolute labour shortage,” Fico said, according to SITA. “This issue should be on the agenda of the Solidarity Council next week.”

However, experts see the shift in methodology dating back to 2013 as one of the reasons for the record low unemployment rate. “The methodology change in 2013, since when the unemployed on activation works (i.e. minor social and community works that are a condition for the social benefits to be paid to the jobless, and which are paid out of public resources) are not included in the immediately available unemployment figures, has greatly helped the jobless statistics make their historical bottom,” Ľubomír Koršňák, macro-economic analyst of the UniCredit Bank Slovakia, wrote. “Were they included – although their number has been declining recently – the jobless rate would be higher by 0.31 p.p.”

Nevertheless, the Slovak unemployment rate has been markedly declining recently, reacting to relatively strong economic growth, Koršňák added, which is quite demanding as to labour force. The methodology change only accelerated the breaking of the historical minimum – by one or two months under the current pace of decline.

The considerable fall in unemployment in May was helped mainly by the higher absorption of those unemployed by the labour market, the analyst opined, while the number of jobless who managed to get a job in May increased, even after seasonal adjustment – to more than one-year’s maximum. Also, the number of those scrapped from the Labour Office statistics remains above-average, too, which could be connected with the strong labour market when the unemployed who are not really interested in finding a job move – both voluntarily and involuntarily – to economic inactivity.

The unemployment rate declined in May rather substantially – even after seasonal factors have been included, according to Koršňák. Two contradictory factors impacted the jobless rate in May: the coming of summer, with seasonal work on offer, both in Slovakia and abroad, but also fresh college and university graduates arriving on the labour market.

The month of May confirmed, too, that the decline in unemployment may have been even bigger, had it not been the inappropriate (probably mainly regional) structure of jobseekers registered by the offices. The demand and offer have not balanced recently, and so not just the jobless rate is falling; at the same time, the number of open vacancies and the import of labour from abroad are on the rise. This import has intensified in May. Meanwhile, it seems that employers have been gradually reducing their expectations for new workers – there are fewer open positions now that require college or secondary-school education with a final-exam certificate and there are more vacancies for the unemployed with less-qualified secondary, or just elementary education, Koršňák summed up.