Future RTVS head to be chosen in a different way

The culture minister wants the election to be less political. 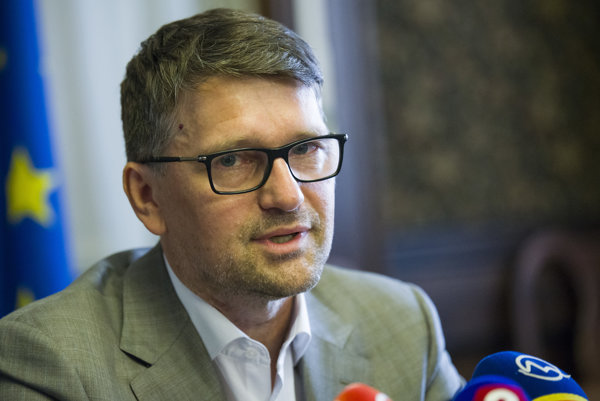 Culture Minister Marek Maďarič (Smer) will propose a change to the procedure for electing directors for the public-service broadcaster RTVS.

“The fact that the general director of RTVS is elected by MPs creates a risk that the political aspects will prevail,” Maďarič said in response to the June 20 election of the future broadcaster’s head, as quoted by the Sme daily.

The second round of the vote was won by Jaroslav Rezník, current director of the state newswire TASR. He received 95 votes altogether, being supported by deputies of Smer, the Slovak National Party (SNS), and also some MPs for Most-Híd and the far-right People’s Party – Our Slovakia (ĽSNS).

Incumbent Václav Mika, whom Maďarič supported, received only 50 votes from the opposition parties.

The culture minister now proposes to create a board of electors who would choose the candidates and subsequently pick the new RTVS head via a majority vote. The board would be composed of representatives of professionals and relevant institutions, like the Slovak Academy of Sciences, rectors, the president and the Judicial Council.

All of them will have to be apolitical, Sme reported.

For Maďarič, it is important to secure continuity at the top RTVS post.

At the same time, the culture minister said it is necessary to give Rezník a chance. He was referring to Rezník’s previous career in Slovak Radio and TASR, in which the independent analyses by Memo 98 and the ethics watchdog Transparency International Slovensko confirmed that he gave above-standard space to the SNS and the Movement for a Democratic Slovakia (HZDS). It is a task for the RTVS Council to check whether the news coverage is unbiased and impartial, he added.

Maďarič also thanked Mika for the progress the broadcaster has made under his leadership, as reported by Sme.