The US ban of laptops and electronic devices from aircraft cabins on flights from some airports, applies to those from Košice airport to Istanbul. 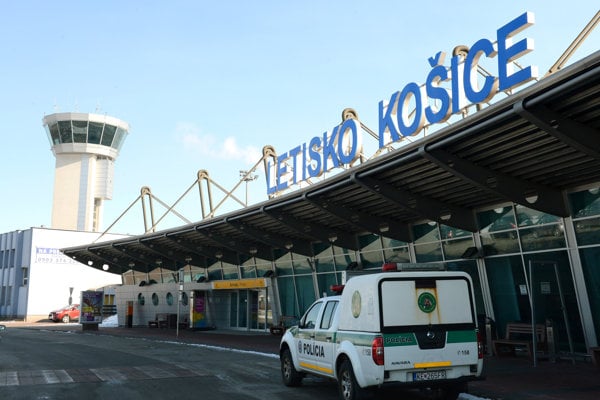 As part of a broader airline security effort to combat threats of terrorist attacks, the USA in March imposed restrictions on large electronic devices in aircraft cabins, on flights from several airports. While this measure leaves the international airport at Bratislava unaffected, travellers flying from Košice should be prepared for some restrictions.

“These measures apply only to those passengers, who travel from Košice to the USA, or the United Kingdom with Turkish Airlines, along with some others from Africa and the Middle East,” Juraj Tóth, spokesperson for Košice airport, told The Slovak Spectator, adding that in aircraft cabins on flights heading to the USA or the UK, the directive bans electronic devices bigger than a standard smart phone, i.e. tablets, laptops etc., the exception being medical devices.

Turkish Airlines operates a regular route to Istanbul from Košice. This makes it one of 10 airports operating routes to the Middle East and North African which are affected. The carriers restricted by these measures include Turkish Airlines, Emirates, Etihad Airways and Qatar Airways.

“The Turkish Airlines have promptly responded to this ban with a new service,” said Tóth.

For travellers flying from Košice to the USA via Istanbul, this means that they can use their electronic devices on the flight from Košice to Turkey as well as while waiting at the airport in Istanbul. Prior to boarding the aircraft in Istanbul, they will hand over the device to authorised staff from Turkish Airlines. They will get them back when arriving at their final destination in the US.

Veronika Ševčíková, spokesperson for the M. R. Štefánik Airport in Bratislava specified that the laptop ban does not apply on any flights from Bratislava.

Based on the valid aviation rules for airlines, passengers should actually carry all precious items in their cabin luggage.

“This applies to electronic devices including notebooks, tablets, walkmans, cameras and video cameras, mobile phones, book readers and others,” said Ševčíková. “If a passenger puts their precious items into checked-in baggage, neither the airlines nor the airport are responsible for any loss or damage to these items.”

Tóth specified that carry-on and checked-in luggage undergo the same detection control and so there is no difference in their security checks.

“The difference lies in the list of prohibited items, which is different for checked-in baggage and cabin baggage,” said Tóth.

Ševčíková added that security checks of either cabin or checked-in baggage are carried out based on European legislation and this procedure cannot be re-specified for security reasons.

In general, items banned in the cabin as well as checked-in baggage include explosive and incendiary materials, flammable items, gasses and pressure containers, poisons, infectious materials and radioactive materials. For cabin baggage, all liquids, gels, aerosols and similar substances are subject to restrictions.

Security experts are not surprised by this tightening of security measures.

“Electronic devices have been making huge progress and the trend is to develop and improve,” security analyst Ivo Samson told the private TV broadcaster Makíza. “Terrorists are hugely interested in attacks on aircrafts because this generates the greatest publicity and promotion.”